Continental Airlines’ Chair of the pilot Master Executive Council Jay Pierce expressed surprise that the negotiations with his pilot’s counterparts at United has reached an impasse so early in the negotiations. The roadblock threatens to derail the two unions reaching an agreement by year end. His counterpart, United Captain Wendy Morse agreed, with both seeming to blame it on management but not really explaining what exactly the problem is.

The two announced the roadblock in Air Line Pilots Association negotiations on a transition agreement that will clear the way for a joint collective bargaining agreement (JCBA) and an integrated seniority list in the merger of their airlines.

"We are stalled because of management's unwillingness to compromise on matters that have little financial impact,” said Pierce. “We have heard the recent statements by Jeff Smisek, proclaiming the virtues of the upcoming merger, touting the benefits coming to labour because of the expected synergies and promising to work with labor in good faith to complete our contracts. However, if this is an indication of management's approach, I have serious doubts about how long it will be before any of the touted synergies can be achieved."

"Fortunately, management has time to correct this misstep in the merger process," added Capt Morse. "But time is of the essence to show the employees and the world that this merger will be successful. Management still has the opportunity to recognize the value pilots bring to this process, and it will be necessary they correct this in a timely manner. Success requires that management continue to focus on getting past these initial issues and allow us to move forward with the Joint Collective Bargaining process."

At the same time, a federal judge upheld the recent National Mediation Board ruling that makes it easier for employees to elect a union. The ruling clears the way for a new election method in the airline industry; one that counts only the ballots cast and relies on a majority of those voting to either elect or reject a union.

Previously, in order to elect a union, employees that failed to vote were counted as no votes. Now, those opposing a union must actually vote no. It also normalizes the airline industry unionization efforts with that of most of the rest of US industry. However, management opposes the change in election procedures, saying that while the National Mediation Board made it easier to get a union on a property, it did not change the rules to decertify a union already on property.

US District Judge Paul Friedman ruled against the Air Transport Association and the US Chamber of Commerce which contested the change in labour laws and upset a 76-year-old tradition. “We are disappointed with the Court's ruling and believe the National Mediation Board does not have the authority to impose this new rule," the Air Transport Association said on Friday. "We will thoroughly study the decision to determine what, if any steps ATA will take, including exercising our right to appeal the ruling." Unions hailed the decision.

Oral arguments were made on 21-Jun-2010, according to the ruling. “After careful consideration of the parties' papers and attached exhibits, the Final Rule and portions of the administrative record, the oral argument made by counsel in open court, and the relevant case law and statutes, it is hereby ordered that the National Mediation Board's and the International Brotherhood of Teamsters' motions for summary judgment are granted,” said the court. “It is further ordered that the Air Transport Association of America's and the Chamber of Commerce's motions for a preliminary injunction, which the Court converted into motions for summary judgment are denied, and the Delta employees' motion for summary judgment is denied; it is further ordered that a judgment is entered for the defendants.”

The change was triggered by the Delta/Northwest merger, as the non-unionised Delta labour began to integrate with the heavily unionised Northwest employees. While Delta’s pilots are represented by the Air Line Pilots Association, its flight attendants, customer service agents and ramp worker where all non-union compared to those groups being in unions at Northwest. The ruling, which Delta said was disappointing, clears the way for the Association of Flight Attendants and the International Association of Machinists to resolve the representation of employees in the merged carrier. 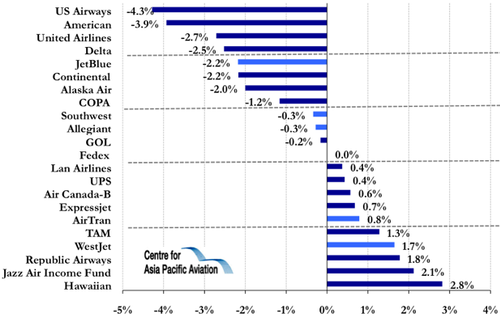