In Mar-2010, Boeing announced it would increase production from five to seven aircraft per month from mid-2011. The B777 programme has a backlog of more than 250 aircraft.

Meanwhile, the Organisation for Economic Cooperation and Development (OECD) reportedly reached a compromise agreement on export credit financing for aircraft and the home country rule, according to an AFP report.

A deal could be announced as early as this week, following approval from national governments. The new agreement reportedly allows airlines from aircraft exporting countries such as France, Germany, Spain and the US to access export credit mechanisms to finance aircraft. The agreement will also reportedly be applied to Bombardier’s CSeries.

Boeing’s shares slipped 2.7% yesterday, as a report in the Seattle Times hinted at a further three-month (and possible six-month) delay to initial B787 deliveries. An official announcement is expected soon. 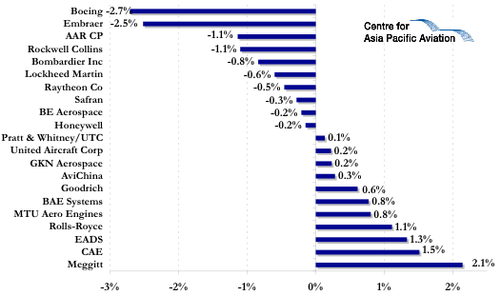 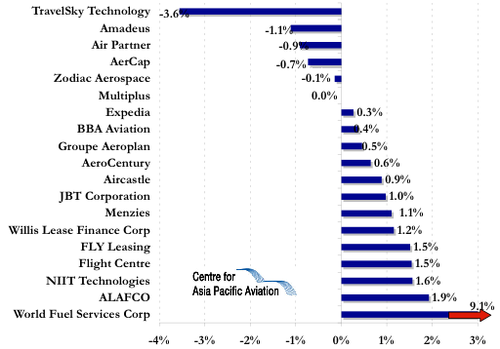