Boeing expects widebody ordering to bounce back this year, after narrowbodies dominated its order book in 2010. Boeing Commercial Airplanes VP of sales, Marlin Dailey, stated the company expects the overall monetary value of orders to increase in 2011, with widebodies expected to account for 50% of this, up from 20% in 2010. Boeing's 2010 orders had a list value of approximately USD49.5 billion.

Boeing Commercial Airplanes VP of marketing, Randy Tinseth, stated the crisis in Japan will be short-term, but it is difficult to foresee the future of the airline industry in Asia after it is resolved. Boeing added that it has enough stock to keep production on the B787 steady for a few weeks as its partners in Japan assess the impact of the earthquake.

Shares in aerospace companies were down in trading, with the largest losses at AviChina, which dropped 5.3%. Major manufacturers were heavily affected, with United Aircraft Corp down 3.3%, EADS 2.9% lower and Bombardier down 2.1%. Boeing shares gave up 1.5%, while Embraer was down only 0.5%. 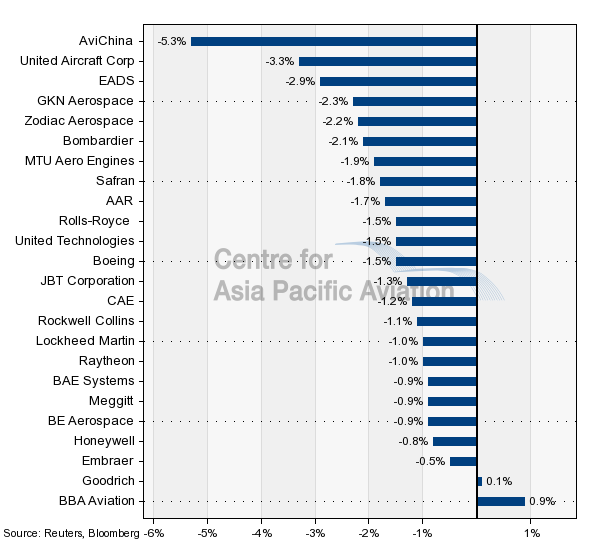