While large, primary airports such as Vienna, Budapest and Prague are thought of as being the major gateways into Eastern and Southeast Europe, Belgrade’s Nikola Tesla Airport has been making its presence felt in the region, initially by way of a big increase in traffic numbers a few years ago.

The Serbian government decided to privatise the airport and VINCI won the bidding contest, taking on the concession in Feb-2019 – having beaten off consortiums such as Flughafen Zürich/Eiffage/Meridiam; GMR Infrastructure/Terna; and Incheon International Airport Corporation/Yatirimlari ve Islatme/ VTB Capital Infrastructure.

The operating concession came into effect this year. Now, as VINCI commits to a very large and costly infrastructure improvement – albeit partially supported by an EBRD loan – VINCI’s CEO is talking in terms of BEG being “the future hub” in Southeast Europe; an ambitious statement.

The operator plans to invest more than EUR730 million in development of the airport over the period of the concession, to increase capacity to 15 million passengers per annum, according to VINCI Airports’ President Nicolas Notebaert.

In 2015 CAPA identified Belgrade Airport’s potential in a report that suggested that the airport was “challenging the hub order in Central and Southeast Europe”. The report may have painted a slightly rosier picture than the reality has proved, and VINCI may have a tougher job on its hands than it once envisaged.

The operator plans to invest more than EUR730 million in development of the airport over the period of the concession, to increase capacity to 15 million passengers per annum and "make Belgrade the future hub in Southeast Europe", according to VINCI Airports’ President Nicolas Notebaert.

Is that a realistic aim?

Firstly one needs to identify Belgrade’s location. Although Belgrade is technically in Southeast Europe, it is in the northern part, and close enough to hubs such as Budapest (350km) and the fast growing Vienna (600km) airports to compete with them as much as it does with Sofia, Zagreb and Sarajevo airports.

Location of Belgrade Airport relative to Budapest, Vienna, and other major cities 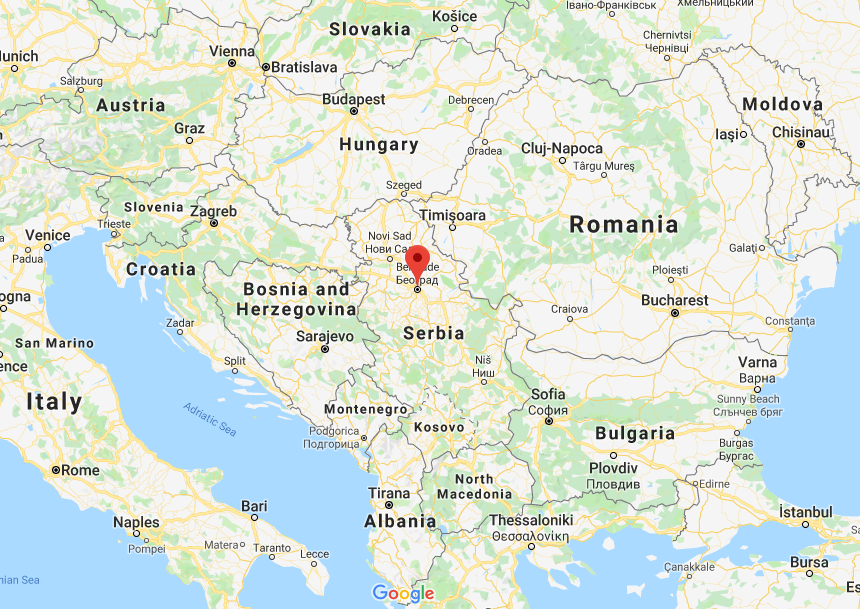 In 2015 CAPA - Centre for Aviation identified Belgrade Airport’s potential for the first time in a report that suggested that the airport was “challenging the hub order in Central and Southeast Europe”, after recording +32% passenger growth in 2014.

This was unexpected and quite surprising, given Serbia’s recent political and economic history and the fact that growth had not come specifically from the LCC segment, which is the usual source for ‘secondary’ level airports in Europe.

The upshot of that report was that while some problems remained at Belgrade it was going in the right direction, compared with its neighbours – Vienna (exposed to events in Russia and Ukraine); Budapest (still suffering from the loss of MALEV); and Prague (there was uncertainty as to its role).

Whether or not that report influenced events, the Serbian government decided to privatise the airport and VINCI won the bidding contest, taking on the concession in Feb-2019 – having beaten off consortiums such as Flughafen Zürich/Eiffage/Meridiam; GMR Infrastructure/Terna; and Incheon International Airport Corporation/Yatirimlari ve Islatme/ VTB Capital Infrastructure.

In other words – worldwide interest.

The concession contract covers financing, operations, maintenance, renovation and expansion of the airport and its existing runway system, the goal being to increase the airport's capacity and to foster the economic development of Serbia.

At the time, Mr Notebaert said, “We believe in the high potential of Belgrade as a leisure, and business, destination and we want to help the airport realise this potential".

Further developments will include a new 55,000sqm apron, expansion of its de-icing platform, a new 2,400 vehicle car park, lighting and CCTV camera systems.

Much of the work in the first five years is being undertaken by a VINCI Construction Grands Projets/GEK Terna (Greece) joint venture and it is being supported by a EUR100 million (USD157 million) European Bank for Reconstruction and Development (EBRD) A Category loan to VINCI Airports Serbia, the special purpose vehicle that is operating the airport.

Some have wondered why VINCI has suddenly shown an interest in Eastern Europe, where it had no prior assets.

The reasons are not known, but the availability of supporting finance like this from regional associations may have played a part in it. There is plenty of cash available from the EBRD and the European Investment Bank for infrastructure developments, especially where they improve social conditions. Serbia is an applicant to the EU (see below).

Peel Airports in the UK was one operator that made great use of European funds. At one time all its airports were in British regions that qualified easily for EU support. Of course, that money eventually runs out.

In return for its investment, VINCI Airports expects passenger traffic to rise from five million to 15 million passengers per annum before the end of the concession period.

So, what pointers are there to Belgrade’s potential since that 2015 report?

During this period there was the return of Air France, which resumed its Paris-Belgrade route after a six-year hiatus, and the inauguration of a new Wizz Air route between Belgrade and Lyon-Saint Exupéry, which is also managed by VINCI Airports. These two route openings helped boost the number of international visitors to Serbia – being a French company and operating the airports at each end of a route can be beneficial. 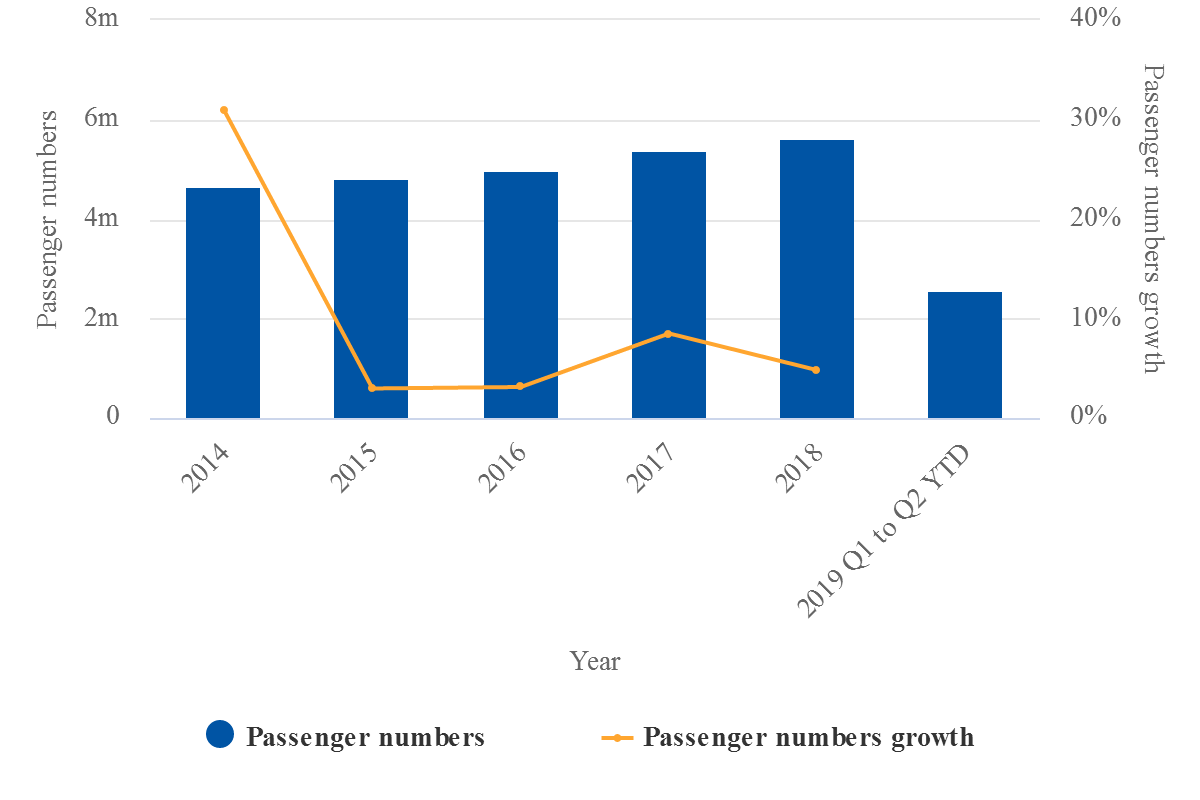 But VINCI may be disappointed that that is all it has achieved in route development.

No really material change in the traffic mix at Belgrade

The capacity mix has shifted marginally in favour of low cost seats.

There is no big change there. 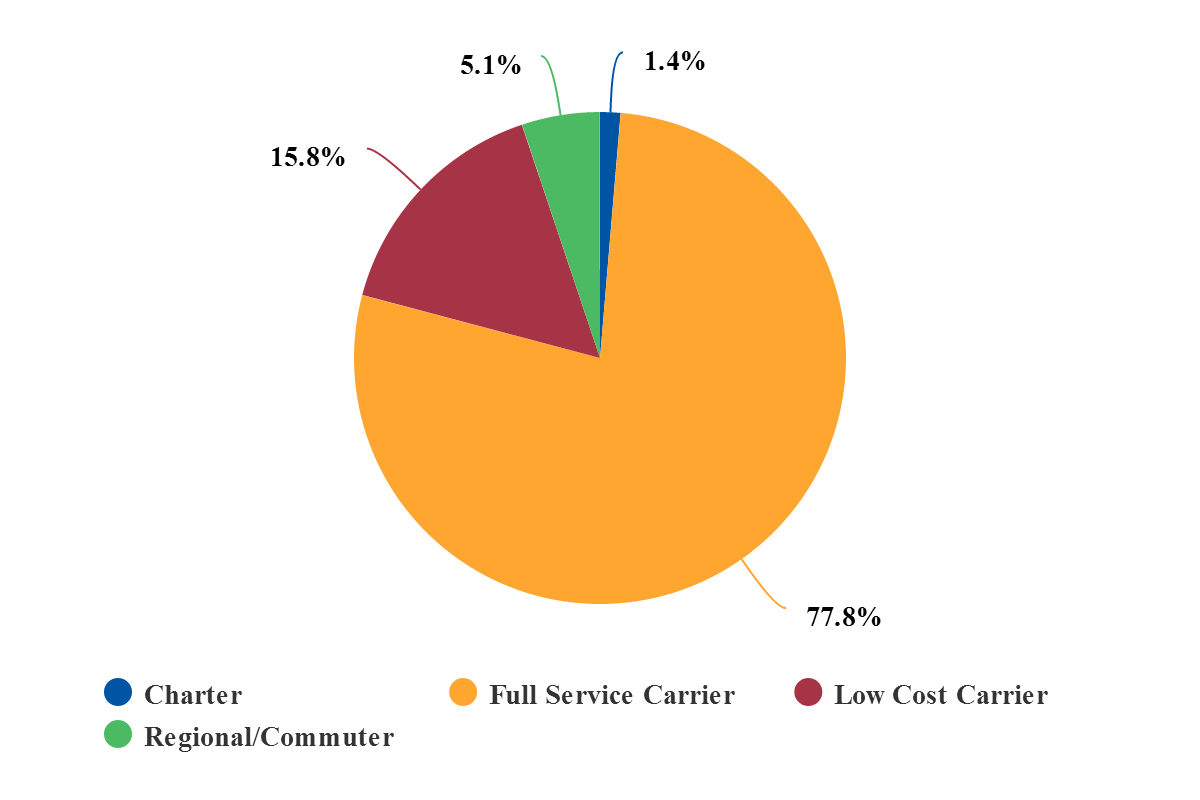 Air Serbia remains the dominant airline, its capacity market share having dropped by six percentage points to 49.3%, and Wizz Air has been the main gainer. Again, no substantial change – Belgrade is the hub that Air Serbia wants, but it does not appear to have enhanced it as it also has desired.

Cargo capacity has increased by a third since 2014.

Utilisation is good, with only the early morning hours (0100 – 0500) having no landing or takeoff activity on all days of the week currently.

Serbia's economy is stable; EU entry not until 2025 at the earliest

Looking at matters from a political and economic perspective, the 2015 CAPA report referred to Serbia’s ambition to join the EU in 2020.

Those hopes – the country would have the sort of money thrown at it that would make the EBRD airport loan look like peanuts – have been dashed.

EU entry in 2025 is possible, but neither side seems to be trying very hard to achieve it. The economy has grown a little since 2015 when Serbia’s GDP was 27.5% below where it was in 1989, but it is nothing to write home about.

The most telling statistic is the traffic growth at the two big beasts to the north, at Budapest and Vienna, the latter now becoming a significant European hub.

At Vienna, passenger growth was 10.8% in 2018 and a staggering 23.9% in 1H2019, much of it in the low cost segment, which accounts for 29.5% of seats despite the Vienna management preferring full service/network carriers.

At Budapest, the statistics are not quite so dramatic, at 13.5% in 2018 and 7.5% in 1H2019, and 63% of seats are low cost. But both sets of figures are considerably better than at Belgrade, despite Budapest and Vienna being much bigger airports to start with.

In conclusion, the 2015 CAPA report (linked below) may have painted a slightly rosier picture than the reality has proved, and VINCI may have a tougher job on its hands than it once envisaged.