B787 delays confirmed, Airbus to go ahead with A320 NEO – Suppliers Share Wrap

Boeing Commercial Airplanes President and CEO, Jim Albaugh, confirmed that B787 initial deliveries will miss the mid-Feb-2011 target, due to the fire on a test aircraft this month.

While the cause has been traced to the presence of foreign debris, Boeing is developing minor design changes to power distribution panels on the 787 and updates to the systems software that manages and protects power distribution on the aircraft. The process is expected to take another few week, after which a new timetable will be announced.

Meanwhile, EADS unit Airbus has reportedly decided to go ahead with a plan to fit new engines to its A320 family, reacting to new entrants into the narrowbody market and to extend the life of the aircraft family. The manufacturer will reportedly offer the Leap-X engine from CFM International and the PW1000G from Pratt & Whitney as options for the A320 NEO. A formal announcement is reportedly due this week.

Airbus also confirmed it is making changes to the engineering organisation of the A350 XWB programme, to keep it on track for delivery before the end of 2013. Airbus Chief Operating Officer, Fabrice Bregier, announced all engineers on the project will be brought under a single management team from 01-Jan-2011, as Airbus moves into production of the first aircraft. Previously, engineers had been split into design/development and manufacturing teams.

United Aircraft Corporation, the Russian-state owned aircraft manufacturing company, announced its Board approved a EUR1.3 billion public bond placement as part of plans to retire debt. Shares in UAC were up 0.2%. 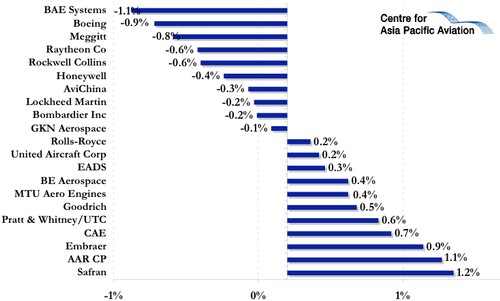 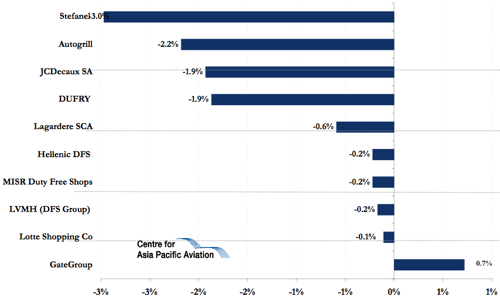