Avianca-TACA looks to list; Delta in talks for narrowbodies

The holding company is part of a JV Avianca controls 66% of the company’s shares. Avianca withdrew its shares from Colombia’s domestic market in 2002 and returned in 2009 with the sale of USD263.3 million worth of inflation-linked bonds.

Shares in Latin American airlines were generally stronger, with GOL and Copa up 0.8%, LAN Airlines gaining 1.1% and TAM up 1.8%.

In North America, shares in Delta Air Lines slipped 0.7%. President Edward Bastian confirmed that the carrier is in talks with Boeing, Airbus, Embraer and Bombardier as it considers options for its narrowbody fleet. Delta has previously stated it has sent requests for proposals to manufacturers for as many as 200 narrowbodies. 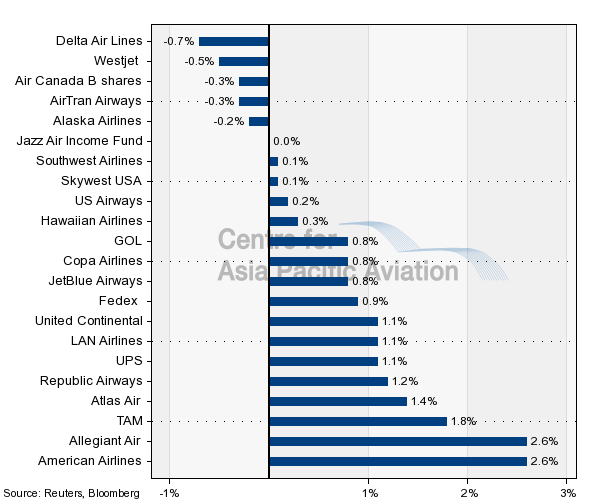