Atlanta Airport's return to busiest airport in the world by seats comes as US domestic travel continues its rapid recovery, with over a million passengers daily since the month long "spring break" (9-Mar to 21-Apr-2021) began. Atlanta itself offered 1.8 million seats over the w/b 22-Mar-2021, according to OAG schedules.

Meanwhile, American Airlines will fly more seats than any other world airline this week.

Seven of the world's busiest airports are now in the US, from Orlando, Charlotte, Los Angeles, Chicago O'Hare, Denver, DFW.

China's overall recovery is reflected in nine of the top 20 airports being Chinese - although, after a return to levels above 2019 prior to the Lunar New Year, the current numbers are partially masked by temporary government-induced reductions in travel in order to secure the country from further outbreaks.

13 of the top 20 airports are in Asia, each of them fuelled by domestic traffic. 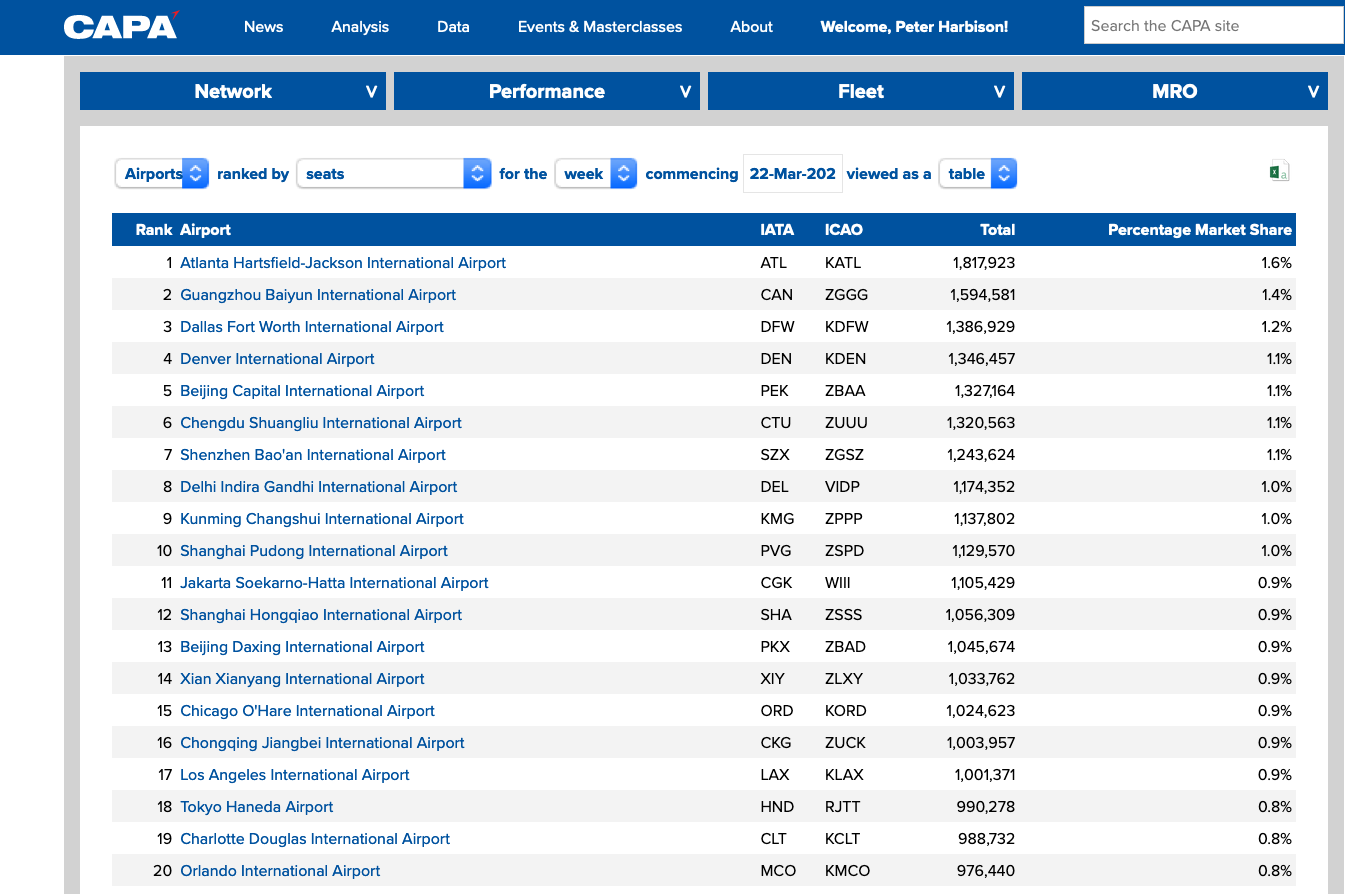 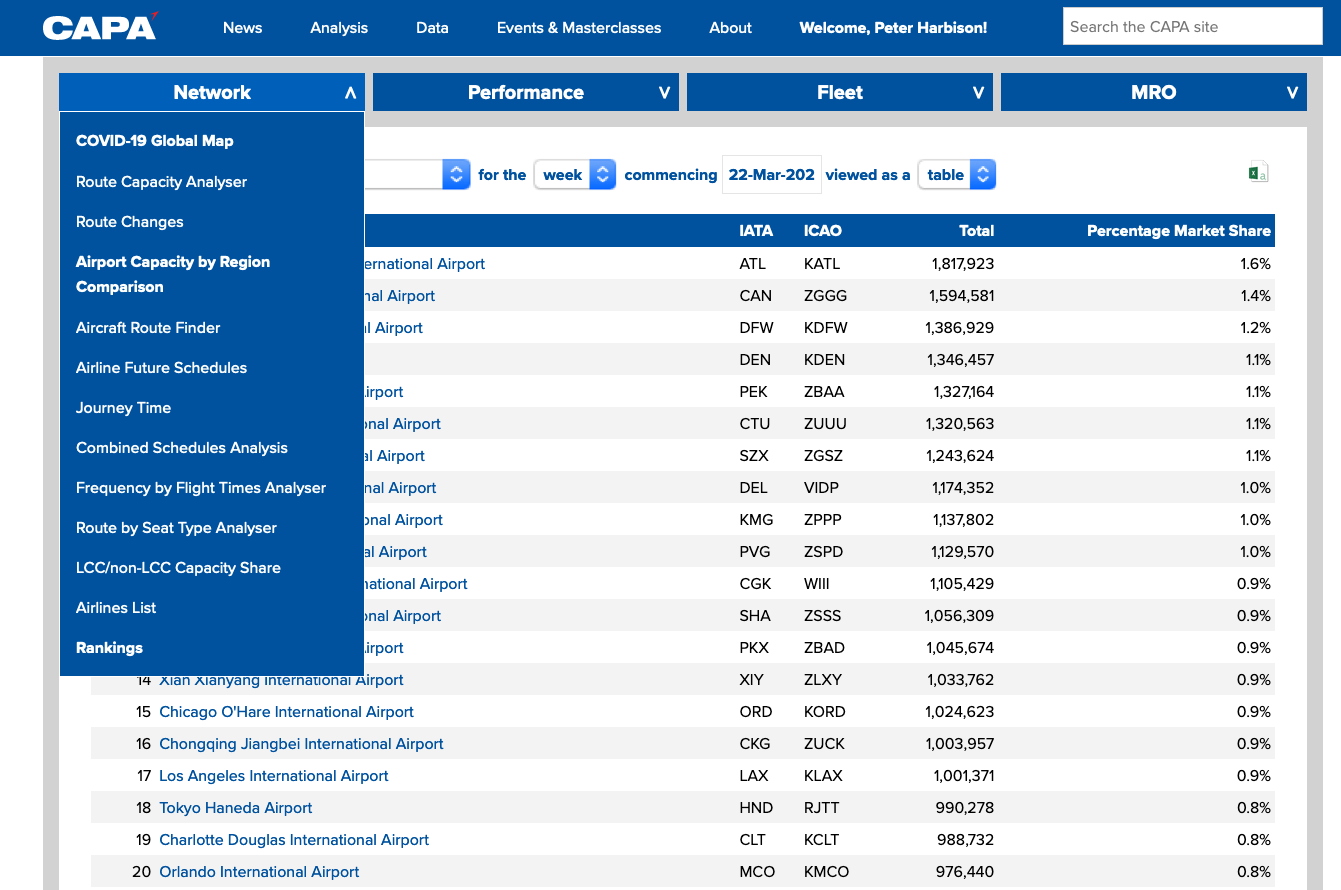