Commercial links between airlines in the Asia Pacific and the US and Europe became a little closer yesterday, with a number of alliance partnerships and codesharing agreements coming into effect. American Airlines and Japan Airlines have tied up a trans-Pacific JV, All Nippon Airways and Lufthansa will cooperate on Europe-Japan operations while Delta and China Eastern Airlines have commenced their US-China codeshare agreement.

JAL and American Airlines launched their cargo co-operation on 01-Jun-2011, aimed at strengthening international cargo operations for the two airlines. The agreement provides more routing choices, new destinations and increased cargo capacity by more effectively utilising the combined worldwide network of both airlines, covering around 300 destinations worldwide, while maximising the value of their combined routes between Asia, the US and Latin America. The airlines have begun using Los Angeles, Chicago, Dallas/Fort Worth, New York and Honolulu as key transfer points for cargo traffic in the US and Tokyo, Osaka and Nagoya as transfer points in Japan. The agreement enhances the significance of Honolulu as an important transfer point for cargo between Asia and the Americas. The carriers stated they will "continue to explore ways in which closer cooperation can bring increased benefit to customers".

ANA and Lufthansa announced that they are launching a strategic JV on Japan-Europe routes after ANA received antitrust immunity approval from the Japanese MLIT. The carriers became the first airlines to receive clearance for Asian-European ATI. This latest agreement between the Star Alliance members follows the launch of a similar JV between ANA and United Airlines on trans-Pacific routes in Apr-2011. The carriers aim to introduce the new JV within the 2011 winter timetable.

Korean Air welcomed the delivery of its first A380 today (02-Jun-2011). The aircraft is configured in a three-class layout with 407 seats, the lowest configuration of any A380 operator so far. The carrier is the first to devote an entire deck of the aircraft to one class. Korean Air will also be the first airline in the industry to have a “Duty Free Showcase” on its A380. The new aircraft will make its inaugural flight to Tokyo Narita in mid-Jun-2011. Korean Air will be the sixth operator of the A380. 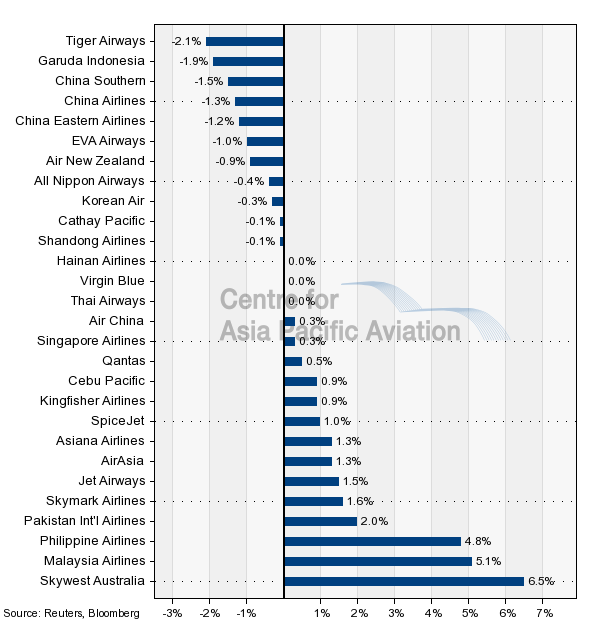