Asia Pacific airline stocks rebounded yesterday after Tuesday's rout, but gains are likely to be short-lived following difficult sessions in Europe and the US overnight.

The Association of Asia Pacific Airlines (AAPA) stated it expects "some short-term disruption to normal patterns of travel demand to and from Japan", while IATA stated the Japanese market is "large enough to have a materially adverse impact on the international total for that month [Mar-2011]".

IATA stated: "Japan has been a relatively slow growth mature economy in the Asia Pacific region, but premium travel is significant since Japan is still the third largest economy in the world. Japanese markets represent 6-7% of the global total." 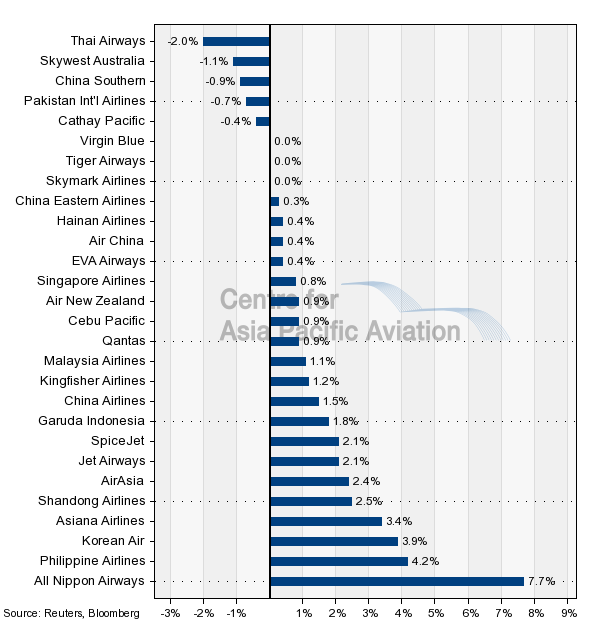