Asia Pacific airlines are dealing with massive disruption to their schedules. Airline share prices were down virtually across the board on Friday.

Thai Airways, whose shares were hardest hit on Friday (falling 5.4%), has increased flights to Rome and Madrid to assist passengers stranded by the closure of most other European airports. The airline stated some 15,000 Thai Airways passengers have been left stranded as a result of the cancelled flights.

Going against the trend, shares in Singapore Airlines and Qantas gained 0.5% and 0.7% on Friday, respectively, but Qantas has fallen by over 2% in early trade today. 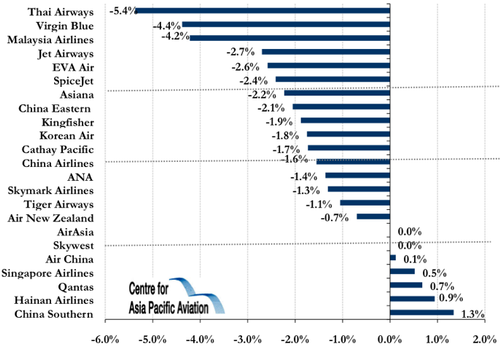