The Association of Asia Pacific Airlines (AAPA) welcomed the moves by European authorities on 19-Apr-2010 to establish a limited and regularly updated  “no-fly zone”.

Asia Pacific airlines are actively evaluating the re-establishment of services to Europe, contingent on the reopening of the relevant air routes, according to AAPA. Airlines will be mounting additional flights to help clear the backlog of stranded passengers, but given the risk that access to some major European airports may remain restricted, some airlines are also seeking approval to operate into a number of alternative airports in Europe on a temporary basis, according to the Association.

AAPA stated members’ operations to/from Europe account for around 15% of their total passenger revenues. Lost revenues as a result of flight cancellations are estimated at USD40 million per day (or USD200 million in the five days of cancellations to date). Asian airlines are also major players in the air freight industry, carrying 40% of global air cargo traffic. The recent disruption has “severely impacted” the normal flow of 10,000 tonnes a day of high value, time-sensitive, and perishable goods between Asia and Europe, according to AAPA.

The Association’s Director General, Andrew Herdman, stated, “these factors come as another blow to Asia Pacific carriers, who are only just starting to recover from the severe impact of global recession over the past two years”.

AAPA stopped short of calling for financial aid, but called for a “thorough re-examination of the way in which such situations are handled in future”. Mr Herdman concluded, “AAPA will continue to closely monitor developments, and actively contribute to those discussions, working closely with regulatory authorities and other industry stakeholders”. 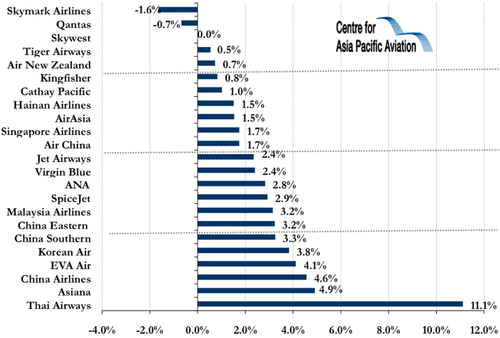