American Airlines was the world's most active airline for the week beginning 29-Mar-2021, according to CAPA's database,  based on OAG filings. American leads in both domestic and international seats flown; of its international seats, over three quarters are to Latin America and the Caribbean.

America's airlines have surged back into top positions in recent weeks, as the US domestic market has opened up, with over one million passengers daily most days.

Each of the three largest US carriers, American Airlines, Delta Air Lines and Southwest Airlines are offering over 3 million seats for the week, the majority of them in the domestic market. All of the highest ranking airlines have substantial domestic routes, as international continues to languish.

Seven US airlines made the top 20 busiest, and, as a sign of things to come, eight Chinese airlines appeared in the 20.

Australia's Qantas and LCC subsidiary Jetstar, part of the same group, are reported separately, but would have placed 13th if combined in their Group.

The first continental European airline for seat numbers in this week was Air France, appearing at #33 (Turkish Airlines placed #9). Aside from Air France, the only other Europeans to make the top 50 were Lufthansa and KLM.

American carriers regain the ascendancy as the domestic market opens up

The four biggest US airlines - American Airlines, Delta Air Lines, Southwest Airlines and United Airlines - between them accounted for just over 20% of all seats flown across the world.

Five of the top 10 were US carriers and three were Chinese, China Southern Airlines, China Eastern Airlines and Air China. The other two places were occupied by Turkish Airlines (9th) and Indian LCC IndiGo (8th).

Predictably, all of the top ranking airlines have substantial domestic markets. 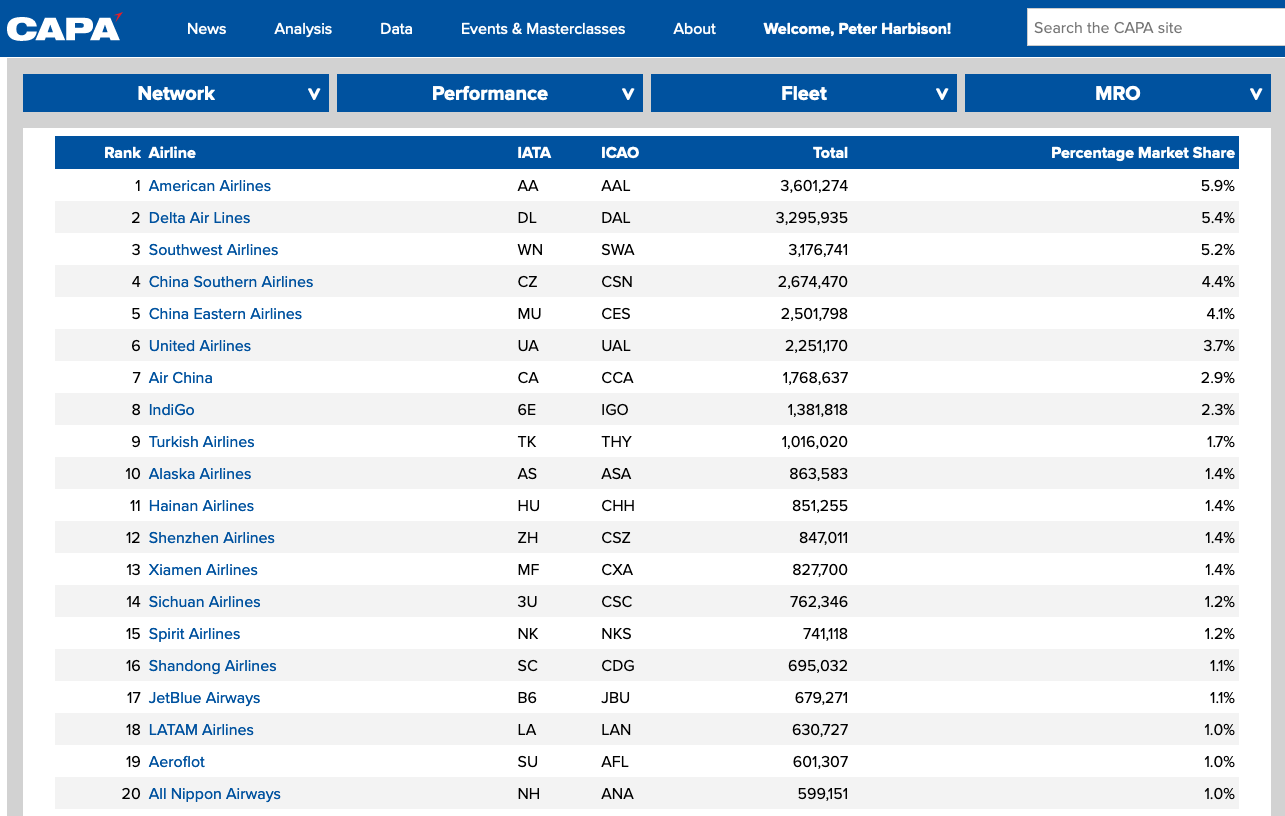 Qatar Airways, which was the world's largest international carrier for many weeks during 2020, has now slipped to third position, behind Turkish Airlines. 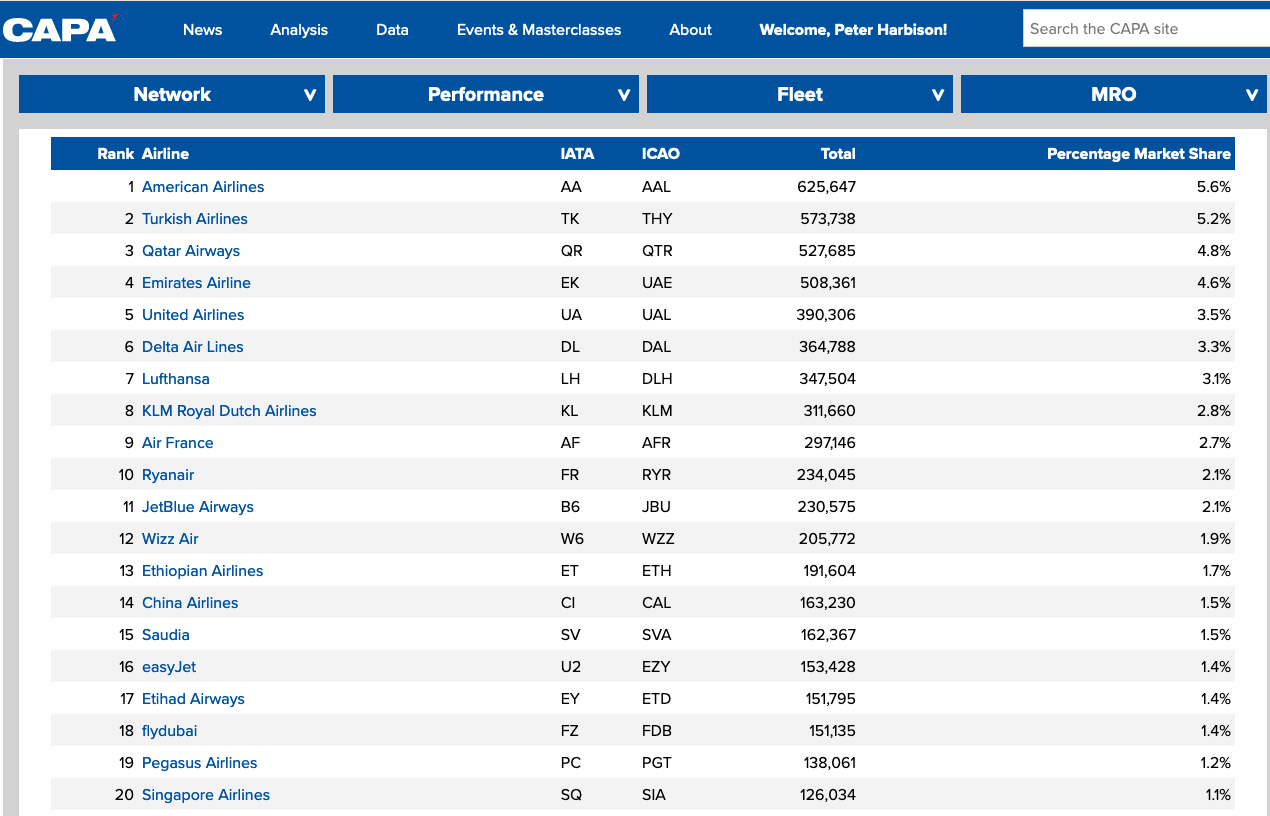 Most of American Airlines' international seats are to holiday destinations in Latin America and the Caribbean, as US holidaymakers are limited in their international travel options. 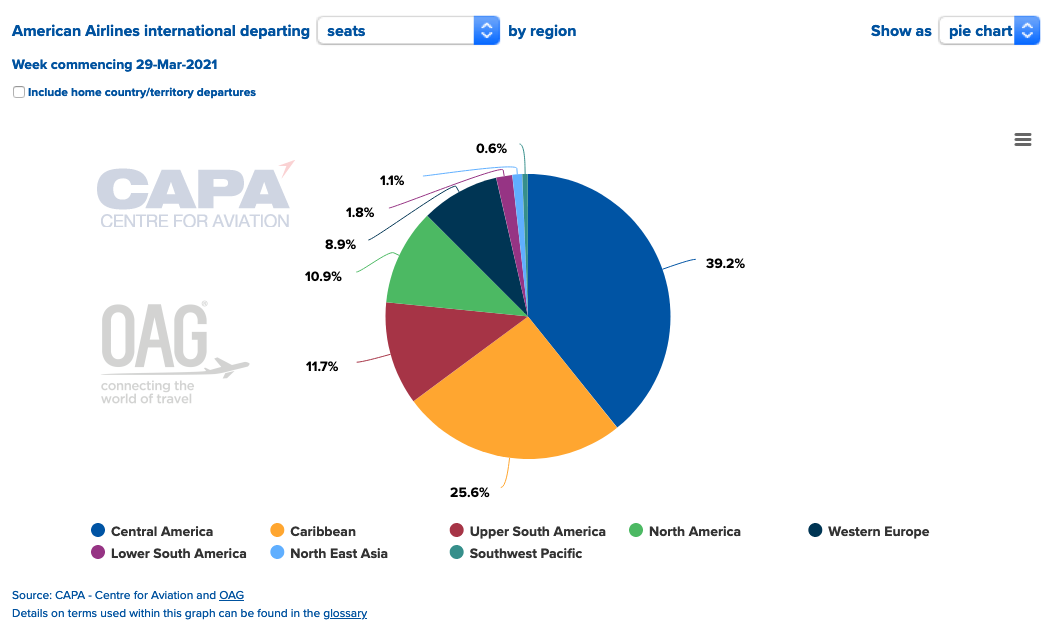 As American ramps up its North Atlantic frequencies, the impact of these longer haul routes can quickly be seen when the shares are shown in ASKs (or ASMs), with a much larger proportion of seats kilometres flown (22.5%), compared with seats flown (8.9%) in the previous graph. 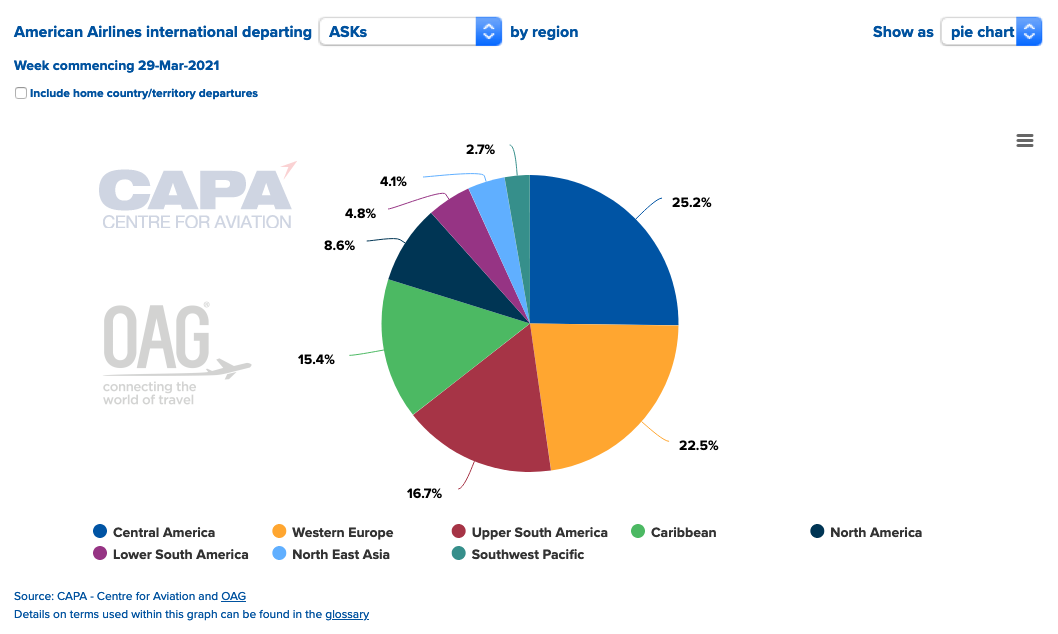