American Airlines announced it will give up its attempt to raise ticket prices USD10 per round-trip, after other US carriers declined to match the increase. Carriers have raised prices several times in 2011, citing the need to cover the rising price of fuel. Shares in US carriers were generally higher, although shares in United Continental, Atlas Air and Hawaiian Airlines all traded down.

WestJet announced it will not be allowed to appeal a ruling that said its compensation for lost or damaged luggage is not high enough. In 2010, the Canadian Transportation Agency ruled the carrier’s CAD250 limit for luggage compensation was too low and ordered the cap to be raised to CAD1800. The agency ruled in favour of Gabor Lukacs, a University of Manitoba professor who won a similar case against Air Canada. WestJet shares eased 0.1% on Friday, while Air Canada B Shares were up 3.3%. 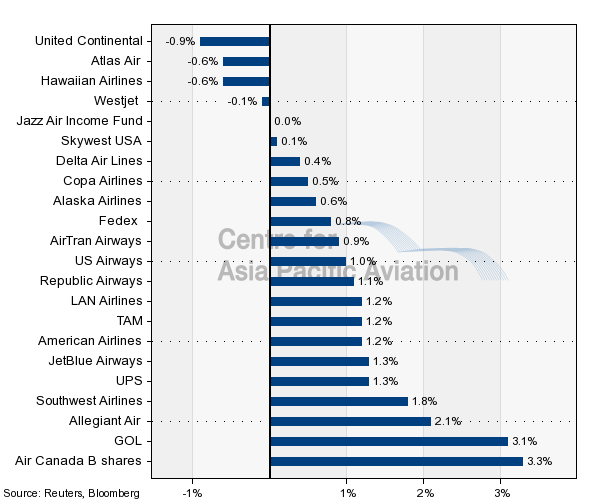