Southwest Airlines (+2.3%) also rose for the session after Soleil Securities upgrading its rating of the LCC’s stock from "hold" to "buy", with a price target of USD15.

Air Canada (-5.1%) also slumped for the session, while JetBlue (-1.6%) also fell after TradersHuddle.com stated the LCC is trading close to calculated resistance at USD6.85. JetBlue closed the day at USD6.60. 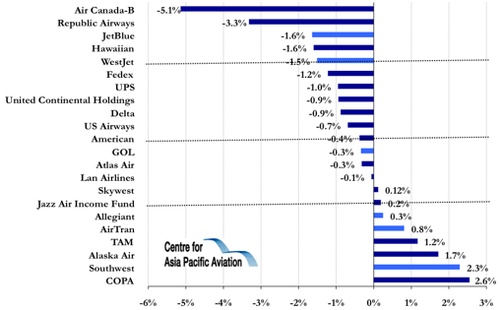