North and South American airline stocks suffered another day of heavy falls, led by Hawaiian Airlines, which dropped 6.1%, and United Continental, which was down 5.8%. The AMEX Airline Index dropped 2.6%, as crude oil climbed above USD112 for the first time since Sep-2008.

LAN reported Chile´s antitrust court, had filed documents presented by LAN and TAM Linhas Aéreas Chile Branch (TAM), containing information related to the announced business combination between LAN and TAM. The information is to support their case against the antitrust proceedings over the proposed merger. Meanwhile, LAN reported a 51.5% increase in traffic for Mar-2011. The increase is due to the inclusion of AIRES domestic and international operation and the one-time impact of the 27-Feb-2010 earthquake in Chile, which severely disrupted operations in Mar-2010. 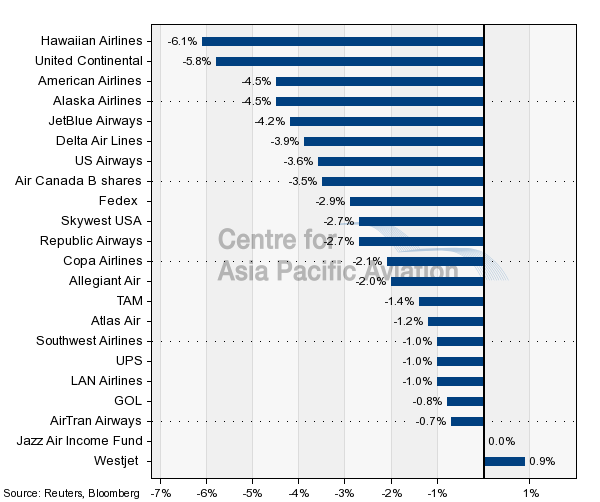