Airbus announced it will offer the A320neo (new engine option) from spring 2016 and believes it could sell as many as 4000 of the reworked aircraft. The move is good news for Pratt and Whitney, which will offer its PW1100G engine, and Safran and GE, which will produce the other engine for the aircraft, the LEAP-X.

Boeing and Bombardier appear unperturbed by the news. Boeing stated the announcement "doesn’t mean anything" for it and Airbus is playing catch-up to the B737NG. Boeing still has the option of fitting new engines to the B737NG – although this is more difficult than it is for Airbus due to ground clearance issues - or going ahead with an all-new aircraft, which it believes customers prefer.

Bombardier commented that the announcement “doesn’t really change” interest in the company’s new CSeries, but the selection of the Pratt & Whitney PW1000G family validates its own selection of the engine to power the CSeries. Bombardier Commercial Aircraft President, Gary Scott, said the manufacturer has always assumed that Airbus and Boeing would build all-new aircraft.

Shares in Boeing were up 3.1% yesterday, while Bombardier shares gained 1.5%. 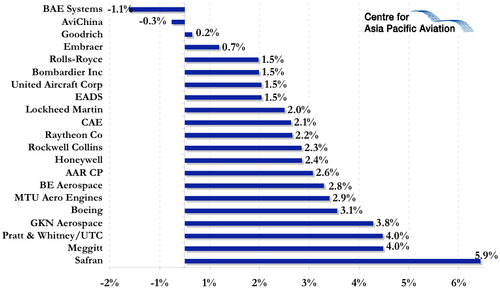 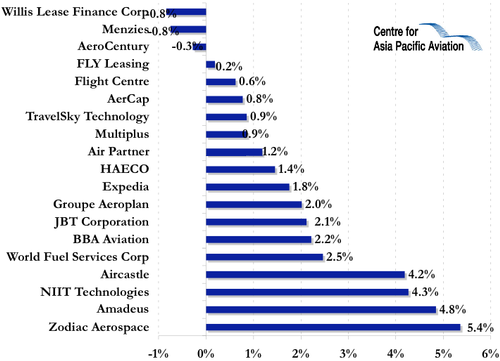