Airbus and Boeing weigh in on ‘confidential’ WTO decision; EADS shares down and Boeing up

The WTO has handed down its final decision on DS 353: the case brought by the EU against US government subsidies to Boeing. As usual with "confidential" rulings, both sides have immediately commented on the decision, despite the fact that the formal report is not due to be made public for weeks. With WTO rulings inherently highly complex, Airbus and Boeing have claimed victory. On the markets shares in EADS slipped 2.8%, while Boeing shares gained 0.4%.

As the final decision has not been made public, EADS/Airbus has couched its press release with the phrase “the final WTO report can be expected to say”, while Boeing is “responding to public reports”.

EADS/Airbus swooped on the decision as showing that Boeing has received “massive and illegal government subsidies” and that the use of subsidies has “thoroughly distorted competition within the aviation industry, directly resulting in significant harm to the European aerospace industry”. Boeing, likewise, stated that the WTO's decision confirms “European launch aid stands alone as a massive illegal subsidy only available to Airbus which has seriously harmed Boeing, distorted competition in the aerospace industry for decades”.

Airbus is pressing the line that subsidies benefitting Boeing have a significantly greater distortive effect than the use of reimbursable launch aid loans to Airbus. Airbus believes the final WTO decision will require fundamental changes to the US funding mechanisms and show that Department of Defence and NASA funding for Boeing are illegal subsidies. Airbus also claimed that the final decision will show Boeing would not have been able to launch the B787 without illegal subsidies.

EADS/Airbus expects the final report will find Boeing received USD5 billion in illegal subsidies, plus another USD2 billion in yet-to-be-received state and local subsidies. Airbus believes the WTO report will show that the effect of the subsidies is significantly larger than their face value. Airbus has established a “realistic figure” of USD45 billion, a number that that Boeing has dismissively labelled as "ridiculous".

Boeing, for its part, admits that USD2.6 billion in subsidies may be found to be illegal, but believes the decision is a “sweeping rejection of the EU's claims”. The company is backing that line that the decision will not require it to make any change “in policy or practice”, or embark on other remedy that matches its estimates of outstanding launch aid repayments of USD4 billions, or the USD16 billion in other illegal subsidies Airbus received.

Even with the final ruling now handed in, the case is not over, as there is a 60-day appeals period. In the earlier case brought by the US against EU subsidies to EADS/Airbus, both sides claimed victory and then both appealed aspects of the ruling (which ran to more than 450 pages). Wrangling from EU and US representatives, as well as intense lobbying from Boeing and Airbus, is set to continue for the indefinite future.

In the background to all this is the formation of the new Aircraft Sector Understanding, announced last month, which sets tougher rules for use of government-backed export credits and similar instruments for financing commercial aircraft purchases. Governments involved in the OECD negotiations were the US, EU, Brazil, Canada and Japan. Provided all governments have signed off on the agreement, the new rules are due to enter into force today (01-Feb-2011). 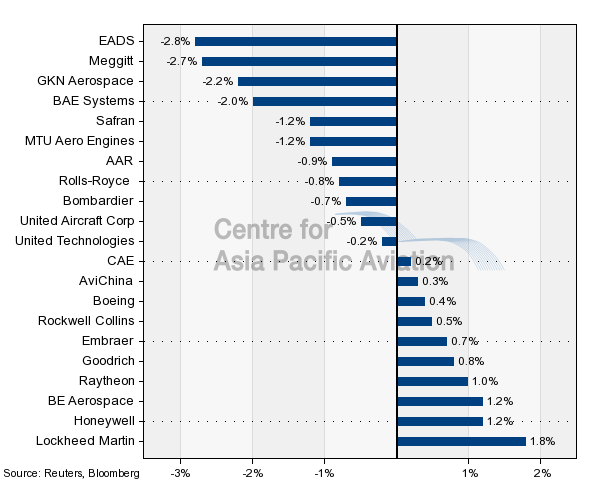