In another action in the ongoing war over ticket and fares distribution, American Airlines has moved to file a civil antitrust lawsuit against Travelport and Orbitz Worldwide. The lawsuit is aimed at stopping what American has labelled "exclusionary and anti-competitive" business practices of the defendants and recover monetary damages that American has incurred as a result of these actions.

The lawsuit states that Travelport, which controls the distribution of fares and other content to a large number of travel agencies and their corporate customers, has engaged in anti-competitive conduct to protect its market position from new competition by alternative technologies.

Orbitz responded, stating American Airlines claims are baseless and the latest in a series of tactics to force Orbitz to adopt a carrier ticket distribution model that limits consumer choice and inhibits competition. Travelport intends to "vigorously" defend the lawsuit.

US airline shares fell in trading on Wednesday, with the largest falls at Delta Air Lines and Republic Airways. A notable exception was Air Canada B Shares, which jumped 5.2%. 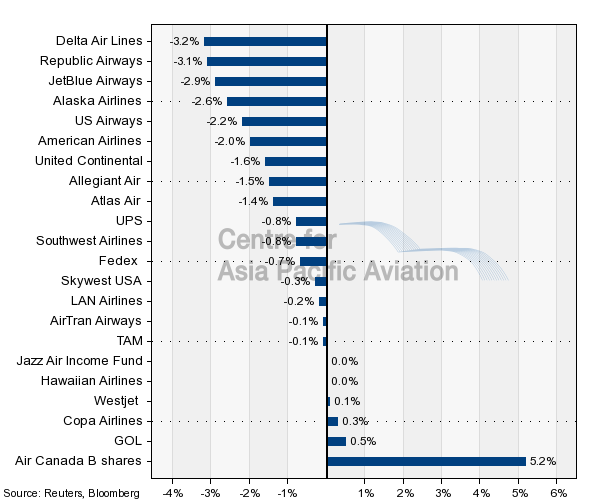