European airline shares were again mixed on to start the week. Cimber Sterling, whose shares have fluctuated wildly in recent months, was the day's biggest loser, falling 8.6%. Aegean Airlines, SAS and Finnair were also down sharply. Dart Group, Transaero and Aer Lingus were the day's biggest gainers.

Athens International Airport’s air traffic controllers will cease work for between 08:00 and 12:00 and 18:00 and 22:00 on 28-Jun-2011 as part of national industrial action to protest the government’s austerity measures. The strikes will cause the cancellation of all services to and from Athens International. Aegean Airlines, which was one of the day's biggest losers, will reschedule 97 services and cancel 26 today while Olympic Air will cancel and reschedule 52 services. Aegean Airlines was one of the day's biggest losers, dropping 3.2%.

The uncertainty over Greek industrial action across the country looks seek to continue. Greek lawmakers on Wednesday will vote on a five-year fiscal plan and will be asked to vote again on Thursday on implementation of a law spelling out the austerity measures in more detail. The Greek parliament must pass these austerity measures before the it can receive its next tranche of financial support from the European Union and International Monetary Fund. 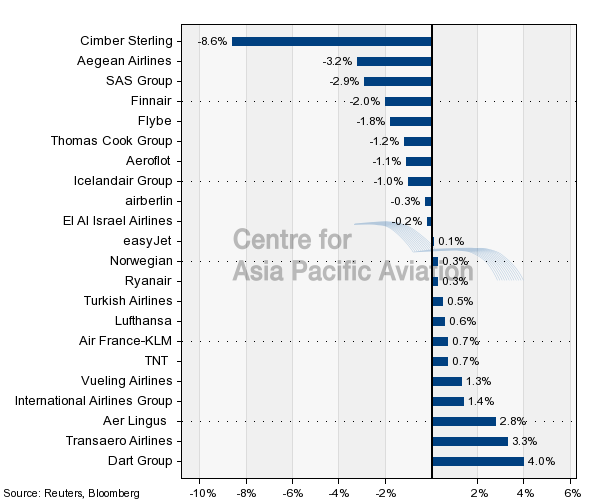