Yakutia is undergoing network and fleet expansion as it continues to grow and develop into a major Russian regional carrier. The airline, which launched operations 10 years ago, is also making an effort to reach international standards, having recently secured IATA Operational Safety Audit (IOSA) certification.

Yakutia’s operations are split between three main bases consisting of Moscow Vnukovo, Krasnodar and Yakutsk. While officially based in Yakutsk, it has more capacity at its Moscow Vnukovo and Krasnodar bases. 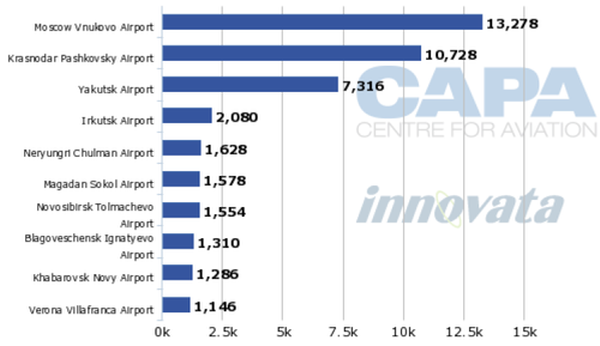 Small home base at Yakutsk Airport

Despite it being a small airport, Yakutsk Airport still handles traffic from six airlines in addition to Yakutia including Angara Airlines, IrAero, Mirny Air, Polar Airlines, S7 Airlines and Transaero Airlines. The majority of traffic at the airport is domestic, however Yakutia and S7 Airlines operate international services (Yakutia to Beijing and Harbin and S7 Airlines to Beijing). Both carriers currently operate between 600 and 700 weekly international services at Yakutsk. 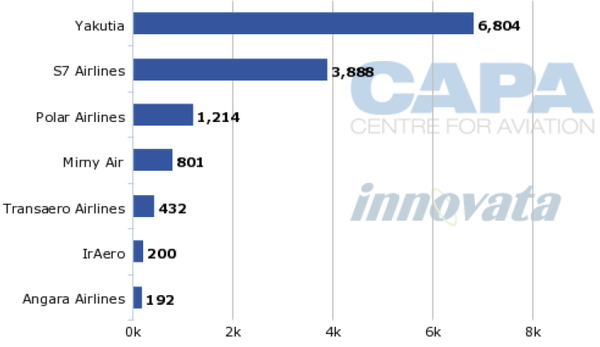 Yakutia allocates about 70% of its seat capacity to domestic services. Internationally, Yakutia’s capacity is split between eastern/central Europe (around 34%), western Europe (around 30%), central Asia (around 28%) and northeast Asia (around 8%). While the airline’s domestic services are split between its three bases, most of its international services depart from Krasnodar. 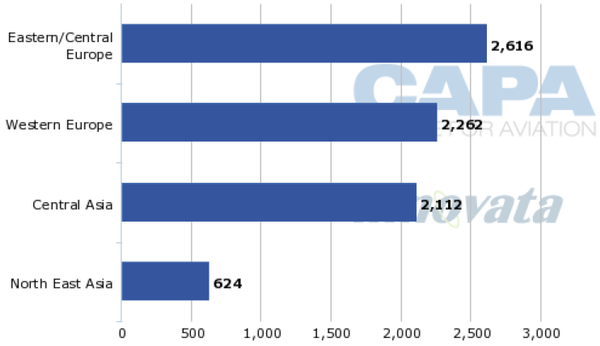 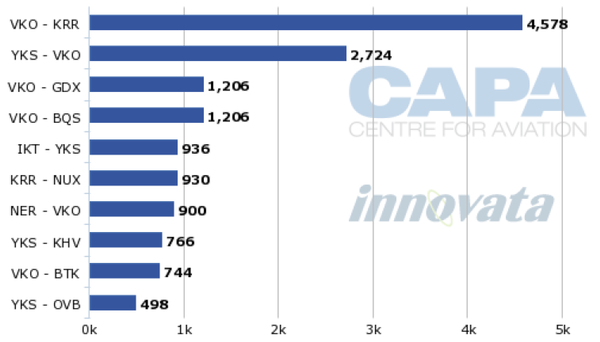 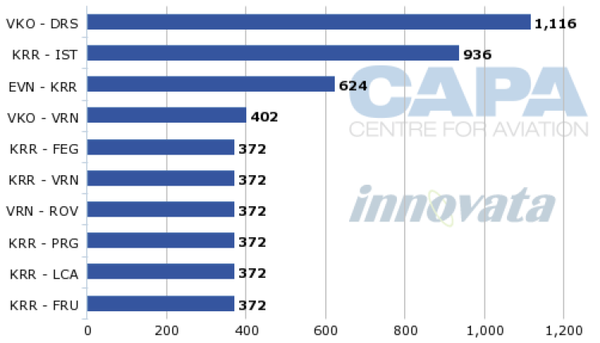 Yakutia recently expanded its Krasnodar base in Jan-2013 and Feb-2013 with the launch of four international services to Istanbul Ataturk (Turkey), Yerevan (Armenia), Tel Aviv (Israel) and Larnaca (Cyprus). These are all new destinations for the airline as it does not operate to them from Yakutsk Airport.

With the exception of Larnaca, these were all routes previously operated by Kuban Airlines, which suspended operations on 11-Dec-2012. Kuban Airlines was the third largest airline at Krasnodar with 8,500 seats per week at the time of its suspension of services. Ak Bars Aero and UTair took over some of Kuban’s routes at Krasnodar.

Yakutia’s new international routes at Krasnodar and other operators

Services from Krasnodar to Istanbul, Yerevan and Larnaca are already on Yakutia’s list of top 10 international destinations based on capacity, ranking second, third and ninth, respectively. The carrier’s largest international route, Moscow Vnukovo-Dresden, was only launched on 07-Nov-2012.

Krasnodar’s location in the western most part of southern Russia, in the Southern Federal District (SFD), provides good access into southern Europe, the Middle East and north Africa, compared to Yakutia’s other bases at Yakutsk and Moscow Vnukovo. Krasnodar is the economic centre of southern Russia.

Yakutia is the largest airline overall at Krasnodar Pashkovsky Airport with 10,500 seats per week. But domestically it is only the third largest, behind Aeroflot and S7 Airlines, with a 16.5% share of capacity and about 6,300 weekly seats. 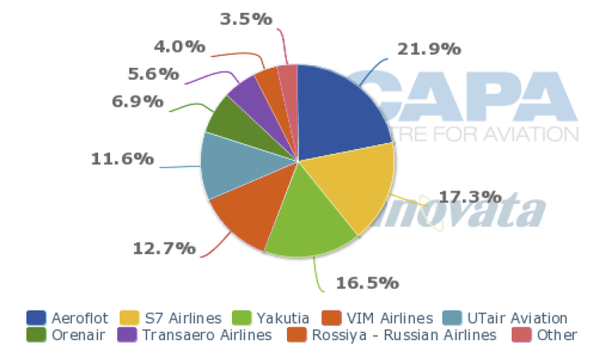 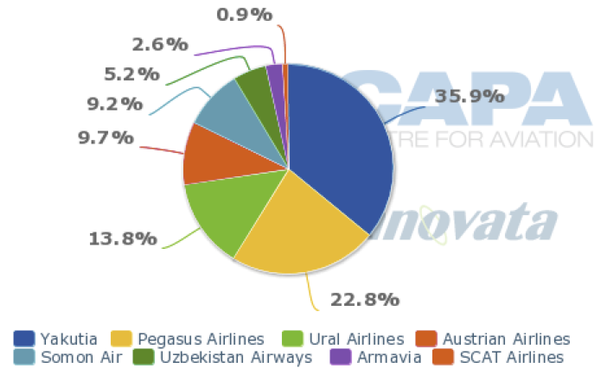 Further domestic and international expansion to come for Yakutia

UTair currently operates Moscow Vnukovo-Samarkand service.  If Yakutia does launch service to Samarkand, it will most likely be from Moscow Vnukovo, where it already has a presence.

Internationally, Yakutia may also launch services from Krasnodar and Sochi to Beijing after being approved to operate the routes. This follows the airline’s launch of weekly Yakutsk-Beijing service on 29-Dec-2012.

This fleet has been expanding in recent months, most recently with the delivery of its first of three 73-seat Q400 turboprops on 31-Jan-2013. The airline said it selected the aircraft due to its high speed, ability to operate on unpaved runways and capability in difficult conditions including high winds and extreme cold. These aircraft will replace the airline’s older An-24 aircraft.

The carrier’s first Q400 operated its first passenger service on 20-Feb-2013 on the Yakutsk-Neryungri route and will eventually operate services from Yakutsk to Anadyr, Blagoveshchensk, Khabarovsk, Krasnoyarsk, Magadan, Petropavlovsk-Kamchatsky, Ulan-Ude, and other airports in the Republic of Sakha. On the delivery of its first Q400, the airline highlighted the Q400’s ability to provide quick access to remote airports in the Siberian region, indicating potential future use of the aircraft. The remaining two Q400s Yakutia are acquiring are expected to be delivered by the end of 1Q2013.

Over the longer term, Yakutia plans to take delivery of three 737-700s and nine 737-800s, following confirmation of a commitment to purchase the aircraft in Nov-2012. The aircraft are to be delivered between 2016 and 2018.

As Yakutia’s fleet currently stands, the majority are eastern-built (25 eastern versus 14 western). This will change in the coming years as the airline takes delivery of more western aircraft, replacing its older eastern-built aircraft.

As Yakutia continues to expand its network and fleet, particularly internationally with modern aircraft, it will continue to develop as an important regional Russian carrier. Having already built an extensive Russian network in its first 10 years, there is still a lot of scope for the airline to expand, especially internationally. Yakutia’s efforts to bring its operations in line with international standards through achieving industry certification such as IOSA show its determination to compete not only within Russia, but also on an international stage.