Virgin Blue, like Qantas mainline and Jetstar continued to expand its domestic capacity quite aggressively last month, growing ASKs by 6%. Traffic (RPKs) however increased by 2.7%, resulting in a 2.4 ppts reduction in load factor for the month. The airline does not disclose yield data, but stated this time last month that it expects average fares to decrease by over 10%. Falling yields and load factors are a toxic combination.

International passenger demand (RPKs) expanded by 59.5%, while passenger numbers rose by 13.3%. Capacity (ASKs) rose by 44.4%, resulting in a 6.4 ppts increase in load factor. 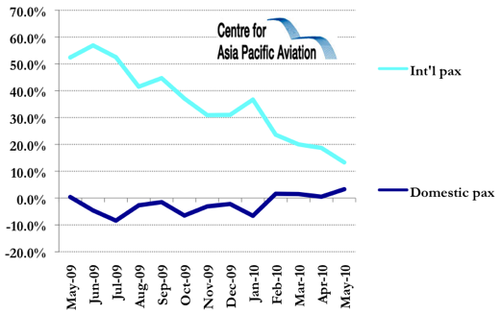 Domestic load factors are now at their lowest point in over 12 months, while international load factors are also below 70% for only the second time in the past year, though this reflects seasonal patterns.

The airline's shares have fallen 1.7% in morning trade today, following the traffic announcement. 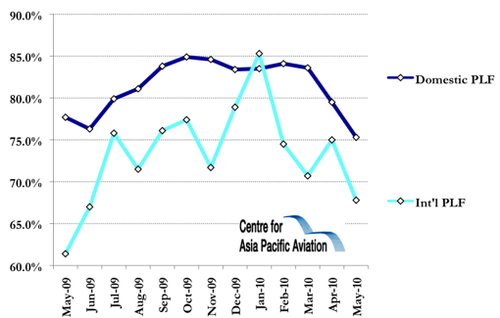