ANA’s shares gained 1.6% and shares in Japan Airlines were down 1.0% on Friday, ahead of the Japan and the US reaching agreement on the text of a landmark open skies aviation agreement on 12-Dec-2009, liberalising US-Japan air services for the carriers of both countries.

Also subsequent to the market close on Friday, Qantas announced plans to increase fares on select international routes on 18-Dec-2009 - its first fare increase since Jun-2008. First and Business fares will be increased by 3%, on popular routes, including services to Britain, Europe, Hong Kong and Singapore, while Premium Economy and Economy fares will be increased by 5% on a larger number of routes, including services to North America. The carrier has already increased domestic fares by 5-10%. 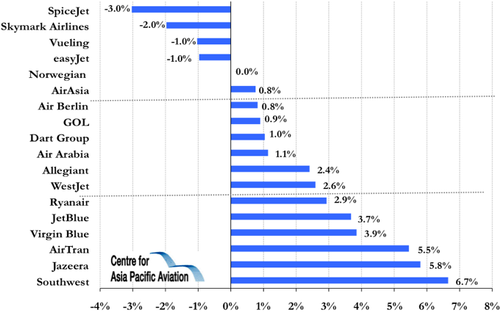 Thai Airways closed 7.5% higher on Friday at THB19.5/share, after reaching its highest level in almost a month at THB19.60, due to recent reductions in oil prices (oil prices fell for the seventh consecutive session on Friday) and an improving earnings outlook.

Merchant Partners stated it expects Thai Airways to report good results for 4Q2009, the high season for local airlines. The carrier, earlier this month, stated it believes the worst of the global financial downturn is now over, with a limited profit in 2010 expected. 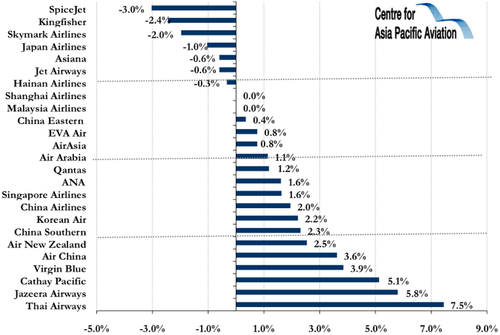