US carriers reported revenue growth of 19% in Sep-2010 marking the ninth consecutive month of revenue growth according to the Air Transport Association of America’s (ATA) sample group of carriers. This reflects improvements in the global economy that is driving spend on air travel. Passenger revenues are exceeding last year’s depressed levels across all regions. 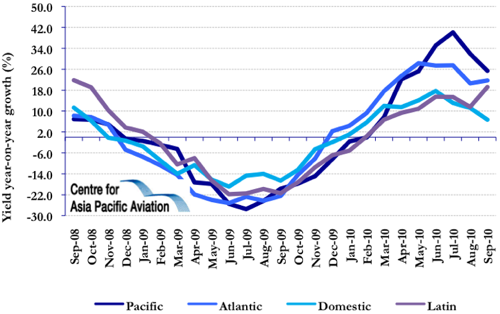 The average price to fly one mile rose 11% in Sep-2010 while the miles flown by paying passengers rose approximately 7%. ATA President and CEO James C May added that the industry “remains hopeful that the nation’s economic recovery will progress in the months ahead”. 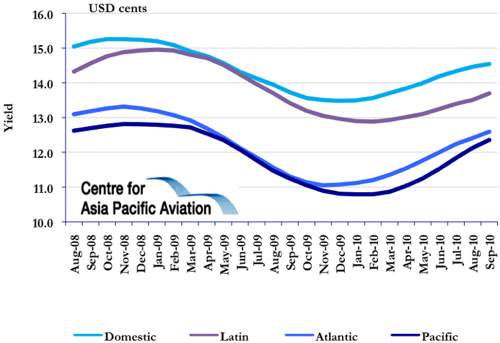 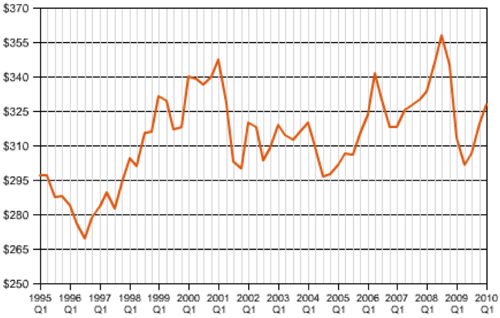 Yields were severely impacted by the global financial crisis. Passenger revenue declined 18% in the full year as a result of a 6% reduction in passenger volume and a 13% drop in average price paid to fly one mile. The decline in passenger revenue from 2008 to 2009 is the largest on record, exceeding the 14% decline observed from 2000 to 2001.