US airlines shares fall back after earlier gains

After strong share gains earlier in the week, most US airline stocks dropped back in trading on Wednesday. Falling the furthest was US Airways, down 3.8%. The carrier announced plans to distribute USD47 million to its employees through its profit sharing scheme, after reporting a net profit of USD502 million in 2010.

Other US airline stocks that fell sharply were Southwest Airlines, which shed 2.8%, and American Airlines, down 2%.

US ATA Vice President and Chief Economist John Heimlich issued a warning that if jet fuel prices stay where they were in early Mar-2011, the fuel bill for US airlines could increased from USD39 billion in 2010 to USD54 billion this year. 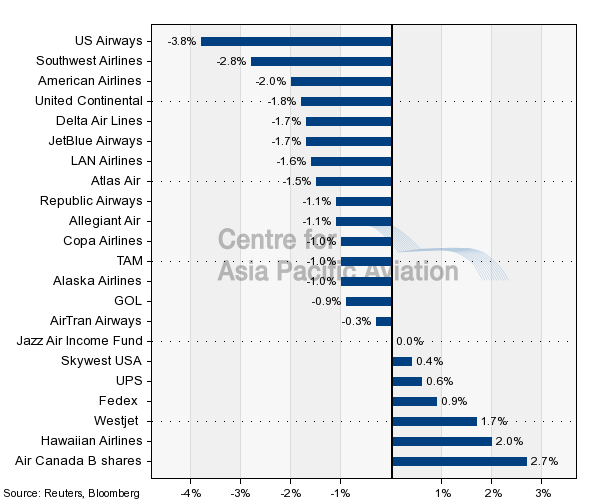