Haneda Airport with its close proximity to Tokyo's central business district, is expected to be opened to US and other foreign airlines later this year, for the first time in over 30 years, under the Dec-2009 Japan-US open skies agreement.

Continental Airlines, United Airlines, Delta Air Lines, American Airlines and Hawaiian Airlines separately submitted or announced plans to submit applications, on 16-Feb-2010, to the US Department of Transportation (DoT), to provide services from select US destinations to Haneda Airport. The airlines are competing for four daily slot pairs. Details include:

There may be more to come as these hearings progress. The issue of slot allocations at each of Haneda and Narita will perhaps not be resolved quite as simply as the Japanese authorities would wish. Many observers in the US were unhappy at the restrictions Japan placed on US airline expansion at Tokyo in the course of their recent open skies negotiations. Increased allocations could consequently become an issue in the current hearings on the applications by Star and oneworld carriers for antitrust immunity.

For further updates on the developments at Tokyo Haneda Airport sign up to Airport Business Daily, your strategic airports news resource delivered to your inbox each morning. 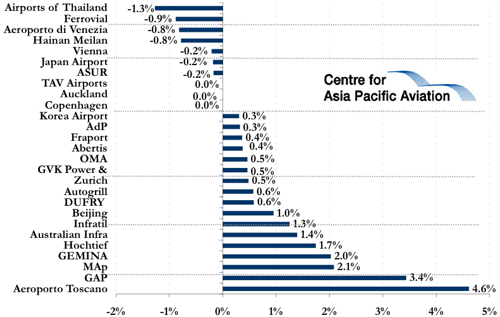