As the US Big 3 airlines trumpet their growing balance sheet strength, Southwest, Alaska and JetBlue are also working to preserve their favourable balance sheet standings and either improve or enjoy positive leverage positions.

Southwest and Alaska have the distinction of holding investment grade status due in part to their debt management strategies. The youngest of the three airlines, JetBlue, has also taken steps to reduce its leverage during the last couple of years.

All three airlines are taking prudent steps to ensure that they have the proper balance sheet metrics to support planned growth and sustain positive leverage ratios. And similar to the three large network airlines, Southwest, Alaska and JetBlue have slightly nuanced approaches to meeting those goals.

This is Part 2 of a CAPA Report. For Part 1, please see US airline debt management Part 1: The Big 3 take varying approaches to balance sheet strength

At the end of 1H2015 Southwest estimated that its leverage was 33% with the inclusion of off balance sheet aircraft leases. The airline’s balance sheet is rated investment grade by all three ratings agencies – S&P, Moody’s and Fitch – and during 2Q2015 Moody’s upgraded Southwest to BAA1.

The airline has concluded that during 2016 and 2017 it has debt repayments of USD300 million in each year, and recently Southwest CFO Tammy Romo stated that the airline expects to do some level of financing with respect to those repayments, “but again we have to maintain fairly modest debt levels like we have today”.  At the end of 2Q2015 Southwest’s long term debt on its balance sheet absent current maturities was USD2.4 billion. The maturity on that long term debt was USD276 million compared with USD258 million at YE2014.

Alaska Air Group has paid down USD1.2 billion in debut during the last five years and in Sep-2015 its debt to capital ratio was 30%, down from 81% in 2008. The airline has no net debt, and touts the fact it has no interest expense, which Alaska believes creates a cost advantage compared with other airlines. 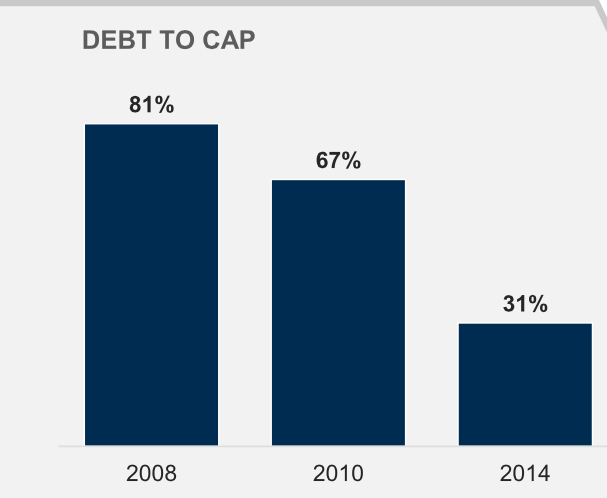 Alaska’s long-term on balance sheet debt at the end of 2Q2015 was USD629 million and its cash balances were USD1.2 billion. During 2015, Alaska does not intend to leverage its strong balance sheet an investment grade status to access the capital markets for aircraft financing, and has stated its pride in financing aircraft CapEx with operating cash flow while still shoring up investor returns. But the airline has not ruled out accessing the capital markets in 2016. The company projects CapEx of USD735 million in 2015 and USD665 million in 2016.

JetBlue, which at 15 years old is much younger than Alaska and Southwest, has also been working to strengthen its balance sheet during the last few years, and has made solid progress, reflected in its net debt to EBITAR falling from 4.1x at YE2011 to 2.5x at YE2014. Total debt on its balance sheet as of 2Q2015 was USD2 billion. 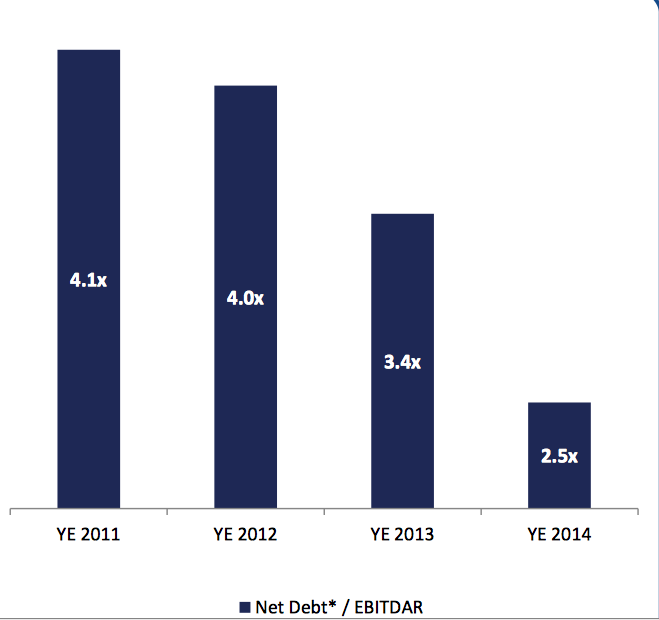 During 1Q2015, JetBlue did not make any debt prepayments, but did complete debt and  capital lease payments of USD55 million.  It also estimated paying USD216 million in debt and lease obligations during the remainder of 2015.

At the time the airline concluded that lower fuel prices were accelerating its plans to bolster operating cash flows, and  it would consider opportunistic debt prepayments.
By 2Q2015 JetBlue opted to prepay USD84 million in debt and made USD39 million in regularly scheduled debt and lease payments.

JetBlue’s cash and short term investment balance at the end of 2Q2015 was USD915 million, or about 15% of trailing 12 month revenues. Its projected total CapEx for 2015 is USD820 million to USD870 million, of which USD150 million to USD200 million in non-aircraft expense.

The airline forecasts that its scheduled debt maturities will increase during the next five years, with a peak of USD455 million in 2016. As of 30-Jun-2015 the weighted average interest rate of the airline’s long term debt and capital leases was 4.6%. JetBlue has been working to increase its level of unencumbered assets in order to enlarge its flexibility in managing its cost of debt and capital requirements.

As of 30-Jun-2015, JetBlue estimated that it owned 143 aircraft in its fleet, and that 46 were unencumbered. Sixty of its owned aircraft are financed with operating leases and six are leased under capital leases. The airline also has 34 unencumbered spare engines.

Source: CAPA Fleet Database
Orders include those placed directly by the operator and by lessors assigned to the operator, from 18-Sep-2015 onwards.

According to CAPA’s fleet database, JetBlue presently owns approximately 71% of its fleet of 211 Airbus and Embraer jets. 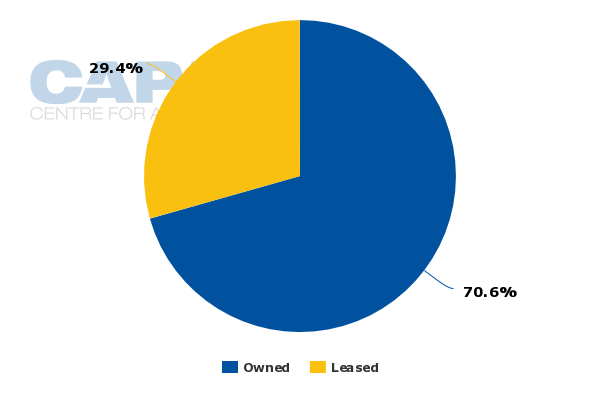 Source: CAPA Fleet Database
Orders include those placed directly by the operator and by lessors assigned to the operator, from 18-Sep-2015 onwards.

JetBlue obviously does not have the credit ratings of Alaska or Southwest and the benefits those ratings offer, but the airline’s unsecured credit rating in 2015 has been upgraded one notch by S&P and two notches by Moody’s, reflecting the steps the company to de-leverage its balance sheet.

Southwest, Alaska and JetBlue are all at different phases of their balance sheet evolution, with Southwest becoming the first North American airline to reach investment grade years ago. It was joined by Alaska and Canadian airline WestJet in 2014. Both Southwest and Alaska intend to keep their debt at manageable levels in order to retain the balance sheet strength necessary to sustain their investment grade credit metrics. JetBlue is a younger company; but has made progress during the last three years in strengthening its balance sheet, and has used some of the windfall from lower oil prices to prepay some portion of its debt.

A significant motivation for the Big 3 airlines and the other major US airlines to continue balance sheet cleanup is the opportunities a strong balance sheet with manageable debt levels allows for shareholder returns. Few publicly traded US airlines have escaped questions during the last year over when they will enlarge their returns, either through dividends or buybacks, and with profits remaining at record levels, shareholder voices will only grow louder.