United Airlines (-7.0% - see below), Delta (-4.2%), FedEx (-3.2%), UPS (2.4%) all lost ground on Friday, with United going to lengths to rebut suggestions that the company might breach debt covenants. Alaska Airlines (+5.0% - see below) however went against the flow following an announcement of a proposed share buyback. 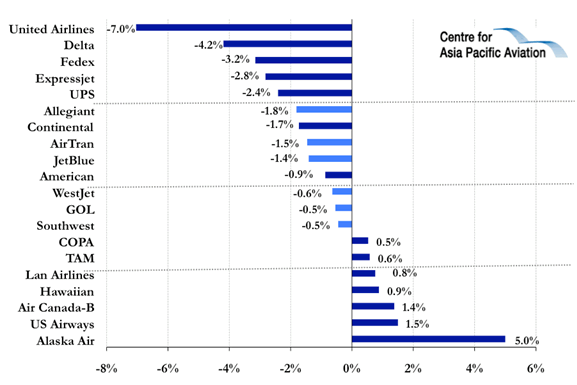 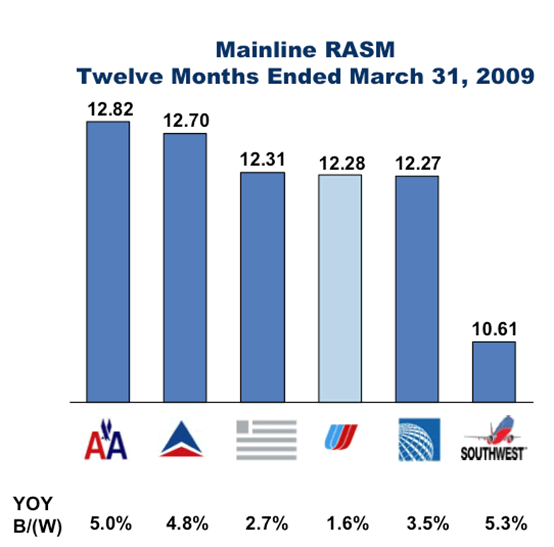 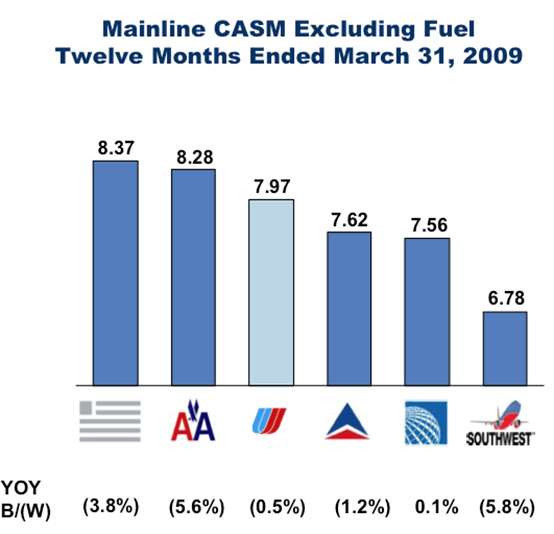 And these days, rather than saying mine (aircraft order) is bigger than yours, the macho statement is to cut back, as loss reduction strategies kick in. 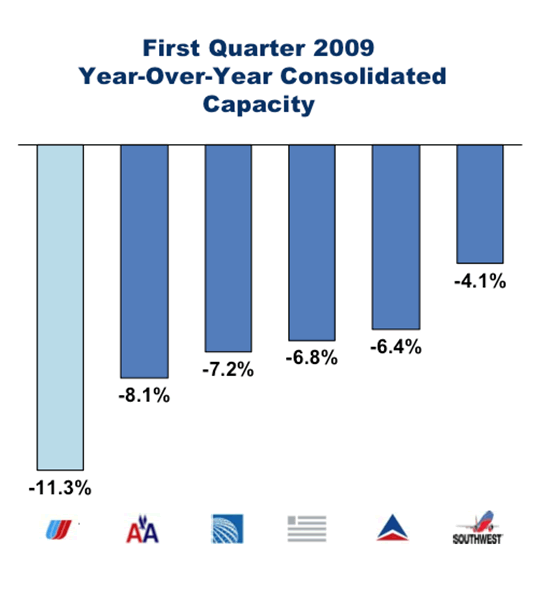 And, for the full year: 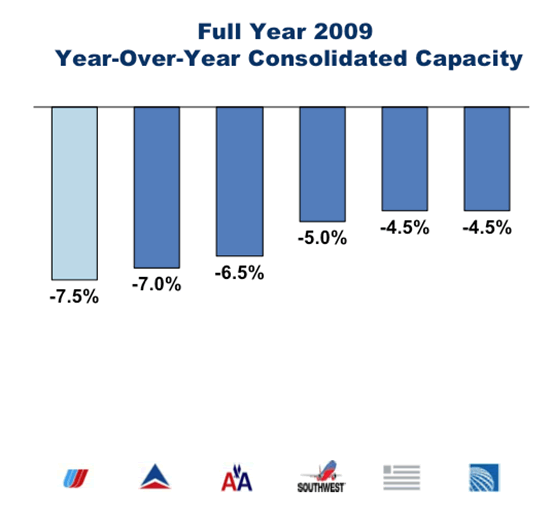 In any event, "deliveries will not begin for several years and last into the next decade."

The cashed up Alaska Group, which operates both Alaska Airlines and Horizon Air, announced on 11-Jun-09 that the board had approved a stock repurchase programme authorising the company to buy up to USD50 million of its common stock.

According to Bill Ayer, Alaska Group Chairman and CEO, "This program allows us to enhance shareholder value through the repurchase of outstanding shares while preserving our strong cash balance. Even after the repurchase, Air Group will continue to have the best liquidity position among major U.S. airlines. Today's decision is consistent with the company's practice of repurchasing shares opportunistically and underscores our commitment to provide a reasonable return to investors."

The announcement illustrates the Group's relatively strong cash position - and the stock will be bought out of cash reserves. The repurchase programme allows to the company to buy its own common stock from time to time "through open market purchases, negotiated transactions or other means."