Turkish Airlines applied to the Capital Markets Board (CMB) for approval to increase capital from TRY1 billion (USD452 million) to TRY1.2 billion (EUR542 million). The capital increase will take place as a bonus issue funded by profit from previous years. Shares in the carrier rose 0.2% yesterday.

Meanwhile, the carrier has signed a three-year full content agreement with Amadeus that guarantees all travel agents worldwide, outside Turkey, access to the full range of the carrier's fares, inventory and schedules. The new agreement offers Amadeus' subscribers outside of Turkey the same level of fares, availability and functionality as the airline distributes through its own website. This new contract is part of an increasing number of content agreements which Amadeus has recently signed with key airlines including, Aerolíneas Argentinas, TAP Portugal, Cathay Pacific and Alitalia.

Alitalia CEO Rocoo Sabelli will reportedly leave the company by the end of 2011. 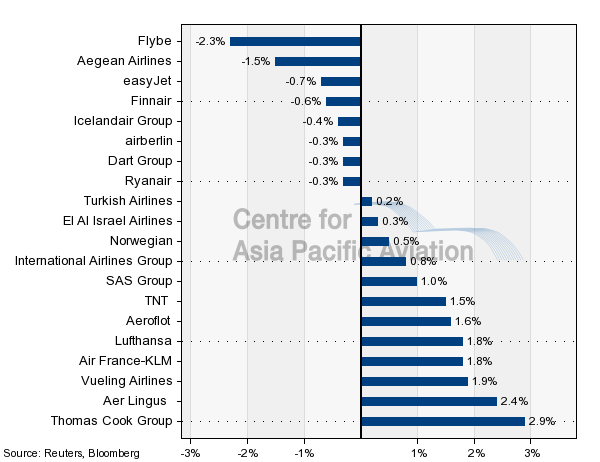