The stock dipped as much as 7% in early trade, but closed down just 0.7%

Thai Airways chairman, Ampon Kittiampon, stated: “The price of the new shares is appropriate, in line with investor demand and current market conditions. Our aim is to make Thai Air one of the three leading Asian airlines and be in the world’s top five soon.” He added, “We expect that the shares will be fully subscribed … Our roadshow got a positive response.” 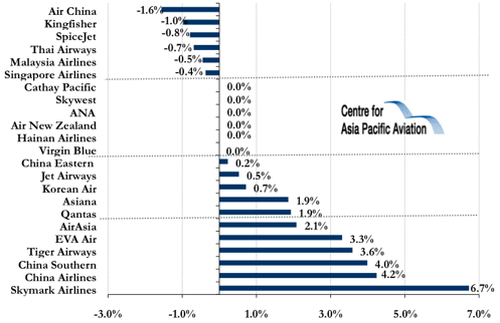