Thai Airways’ share price gained 3.9% yesterday as the Tourism Authority of Thailand upgraded its visitor arrivals forecast for 2011 by 1 million arrivals to 15.5 million.

It follows comments last week by Thailand's Finance Minister, Korn Chatikavanij, that Thailand’s economy may expand more than initially forecast in 2010, as tourism recovers following the anti-government protests in the country in Apr/May-2010. The Minister stated: “The potential driver for further upside would be tourism. We have seen some positive signs of that. The Finance Ministry has raised its 2010 growth forecast to as much as 6%."

Thai Airways’ shares have gained around 13% over the past month on the positive news flow about the economy and tourism prospects.

Thai Airways’ share price over the past month (THB) 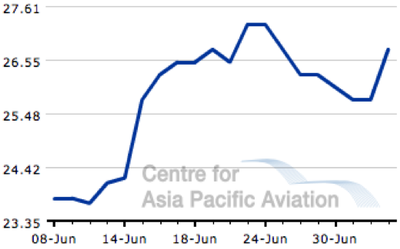 Elsewhere it was a mixed day for airline stocks in the Asia Pacific region, with Chinese airline stocks weaker again and Australian stocks on the rise. 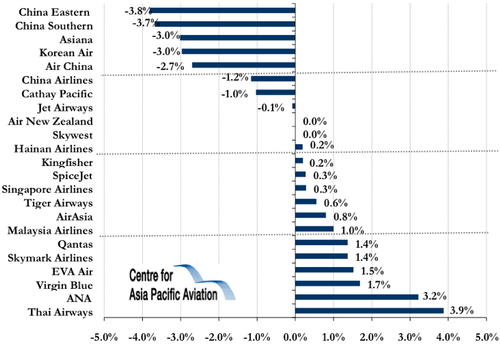