During the past year investor attention has pivoted away from Spirit’s steady balance sheet and strong cost base to the company’s deteriorating unit revenue – a scenario most US airlines find themselves dealing with as a result of lower fuel costs driving up capacity and eroding pricing traction.

Its industry-leading cost performance is key to Spirit’s ability to sustain solid margins even as the US revenue environment remains weak. Although it faces some cost inflation in 2016, the airline remains focused on sustaining one of the best cost performances in the US airline business.

Spirit’s leverage peaked at 1.81x in 2011, and settled to 1.35x for both 2015 and the 12M trailing 2Q2016. Maintaining those steady leverage ratios is important for Spirit along with increasing its liquidity, company CFO Ted Christie recently explained to investors.

Spirit’s trailing 12M cash balance increased from USD343 million in 2011 to USD1 billion for 2Q2016, and at that time its cash reserves represented 45% of its 12M revenue.

Increasing cash balances is important for a company of Spirit’s size, Mr Christie said.Spirit believes it is prudent to have some sort of buffer in the airline industry – as insulation from shocks to the business that crop up from time to time.

Spirit also needs a stronger cash position to ensure it has adequate capital to handle the airline’s planned growth for the next several years, which includes an aircraft order book of 82 Airbus narrowbodies.

Source: CAPA Fleet Database.
Orders include those placed directly by the operator and by lessors assigned to the operator, from 9-Oct-2016 onwards. 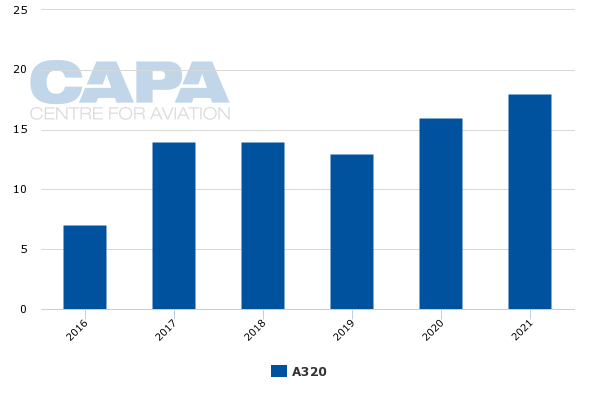 Source: CAPA Fleet Database
Aircraft operated by subsidiaries/associates of the main airline may be listed separately.
Firm orders include those placed directly by the operator and by lessors assigned to the operator, from 10-Oct-2016 onwards.
Excludes aircraft for which the delivery date has not been announced, cannot be reasonably projected or is unlikely to be delivered.

Spirit’s ASM growth peaked at 30% in 2015 when revenue dynamics in the US domestic environment soured and investors put a laser focus on the industry’s passenger unit revenue performance.

During 1Q2016 Spirit’s non-ticket revenue fell 3.7% year-on-year, and the company stated that the compression was driven by what it deemed as modest pressure on take-up rates for certain ancillary items, including bag and change fees. Spirit concluded that the pressure was correlated with lower fares in its markets.

In the past Spirit has engaged in some dynamic pricing of ancillaries, and the company has previously stated that it planned to use optimised pricing of its non-ticket items as one tool to drive USD1 to USD2 in additional non-ticket revenue per flight segment.

Just as Spirit’s ticket revenue tumbled in 2015 – dropping 18.5% for the full year – its annual growth rate measured by ASM expansion reached 30%. The combination of negative unit revenue growth and robust capacity expansion spooked investors, and its stock price fell from USD84 in Dec-2014 to USD47 at the beginning of Oct-2015. 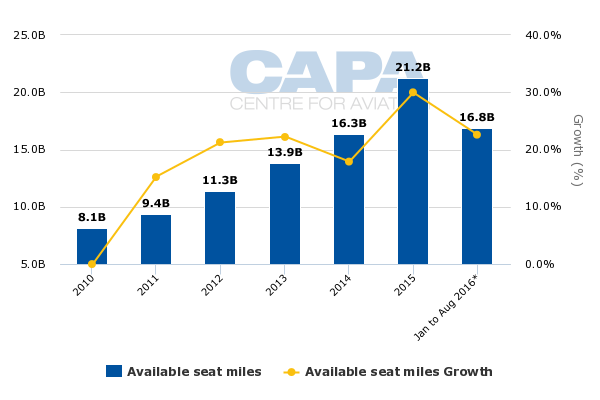 Spirit’s growth rate in 2016 will fall back into the 15% to 20% range that the company is forecasting for the foreseeable future. Mr Christie admitted Spirit’s expansion levels were high for the US airline business, but argued that as it had grown at that rate, or higher, its balance sheet had continued to strengthen; further, as long as its fundamentals remained intact, and Spirit delivered the returns to shareholders they expect, the company’s strategy would be attractive for the long term.

The airline has not been overly aggressive with share buy-backs. It initiated a USD100 million share buy-back in late 2014, but also needs to ensure that it attains enough capital to fund its growth. Spirit’s return on invested capital (ROIC) reached a peak of 31.8% in 2013, and was 27.6% for the 12M ending 2Q2016.

Its adjusted operating margin increased from 19.2% in 2014 to 23.7% in 2015. At some point Spirit may need to contemplate further shareholder returns, since investors are increasingly becoming more vocal about returns amid recoveries to record airline profitability. The company’s net profit jumped nearly 41% year-on-year in 2015, to USD317 million.

One key element that drives Spirit’s balance sheet strength and enables the company to expand at such a high rate is its cost performance. For FY2015, Spirit’s unit costs excluding fuel and special items dropped 6.5% to USD5.50 cents. A recent report by CAPA calculated that Spirit’s all-in CASK adjusted for its average trip length fell 20% year-on-year in 2015.

Spirit has calculated that its cost advantage against many US airlines has grown during the past four years. Southwest’s adjusted unit costs were 38% higher than Spirit’s for the 12M ending 2Q2016, versus a 16% gap in 2012. Based on schedules for Jun-2016, Spirit’s network overlap with Southwest was 54%; its highest overlap was with American, at 54%.

Spirit is facing some cost pressure in 2016, forecasting flat unit cost growth excluding fuel and special items, driven largely by maintenance costs. The company is also facing some cost inflation in the future as it adds shorter-haul markets to its network mix. The airline projects the highest quarterly unit cost increase of 2016 should occur in 4Q, when its unit costs (excluding fuel) are set to grow in the high single digits. The airline anticipates that lower aircraft rent per available seat mile should offset some of its maintenance cost pressure.

A flat cost performance in 2016 would still place Spirit in a favourable cost position versus its low cost peers and the higher-cost large global network airlines. But obviously over the long term Spirit’s goal is to keep driving its costs down, in order to sustain its growth rate and continue to build balance sheet strength.

Arguably, Spirit’s solid financial fundamentals have remained intact during the past year as its unit revenue performance has eroded some of the airline’s share price valuation. In early Oct-2016 the airline’s USD42 trading price was nearly half of its valuation in Dec-2015, but up from lows of USD37 in Sep-2016.

The unit revenue environment within the US does not seem to be deteriorating any further, which is a welcome sign for Spirit and the industry at large. Although Spirit itself continues to deliver solid profits and margins, investors for now are still searching for an inflection point for the industry’s unit revenue declines.