Profit growth of nearly 98% by Spirit Airlines in 3Q2013 was dampened by the carrier’s revelation that it will encounter some cost headwinds at YE2013 and into 2014. These are driven by possible expenses related to an engine failure incident that occurred in Oct-2013, increasing costs due to new flight duty and rest time regulations for pilots and a 22% average growth rate during the next couple of years.

As those warnings cause some uncertainty around the carrier’s unit cost containment, Spirit’s rapid expansion into the continental US during the past few years is resulting in a typical pattern of perhaps strong 1Q and 3Q profits, and 2Q and 4Q performances that do not quite reach the levels recorded in the peak periods. The airline has stated that its 4Q2013 results should be similar to 1Q2013 – when top-line revenue grew 23% and net income increased 31% year-on-year. 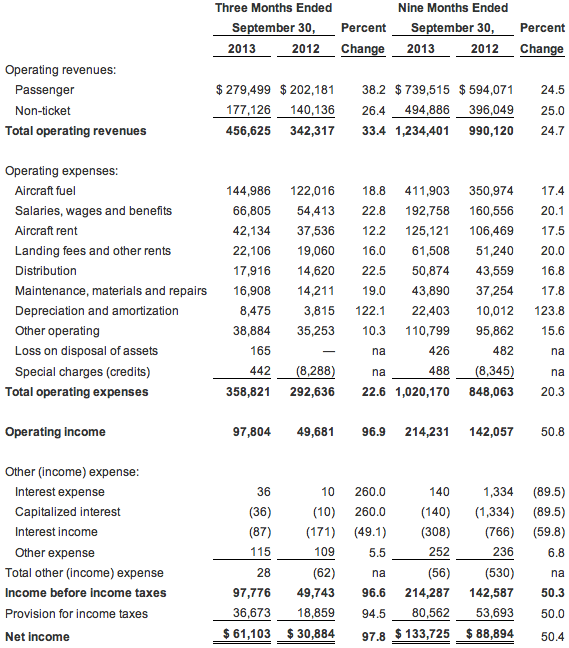 The demand strength is reflected in Spirit’s ability to increase baseline ticket prices by 15% to nearly USD83. That pricing traction helped drive Spirit’s yields up 5% during 3Q2013, with total revenue per flight segment (including ancillary revenue per passenger) growing 11% to USD135.

Fielding questions regarding Spirit’s ability to raise its fares so significantly while trumpeting its ultra low fare business strategy, Mr Baldanza referenced demand strength across Spirit’s network, and remarked that in a strong travel period as is 3Q2013, and with overall industry fares inching up higher, “we saw the ability to take our ticket prices up a little bit...yet keep them with the stimulative effect of still being the lowest fare possible for consumers during that high demand period”. 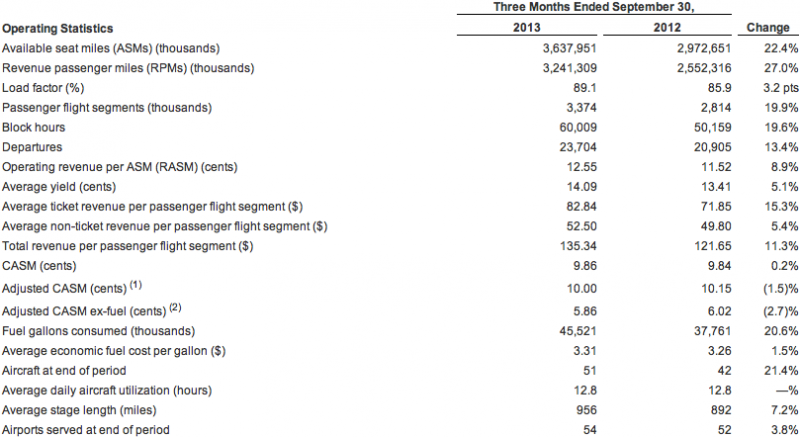 As Spirit moves into 4Q2013 Mr Baldanza cautioned that there would be “noise” in year-on-year comparisons as the airline’s results in 4Q2012 were negatively affected by Hurricane Sandy that struck the US east coast in Oct-2012. Additionally, said Mr Baldanza, Spirit’s network diversification into the continental US has resulted in more seasonal strength in the spring-summer versus the winter period. Spirit’s strategy during the last few years has rested on entering busier US markets with low fares to stimulate traffic.

Prior to the domestic expansion, Spirit mainly focussed on targeting visiting, friends and relatives (VFR) and leisure customers from its south Florida headquarters near Fort Lauderdale for travel to its markets in the Caribbean and Latin America. But the carrier has worked to diversify, and believes numerous stimulative opportunities exist in the US in markets where some consumers have been priced out of travelling by air. 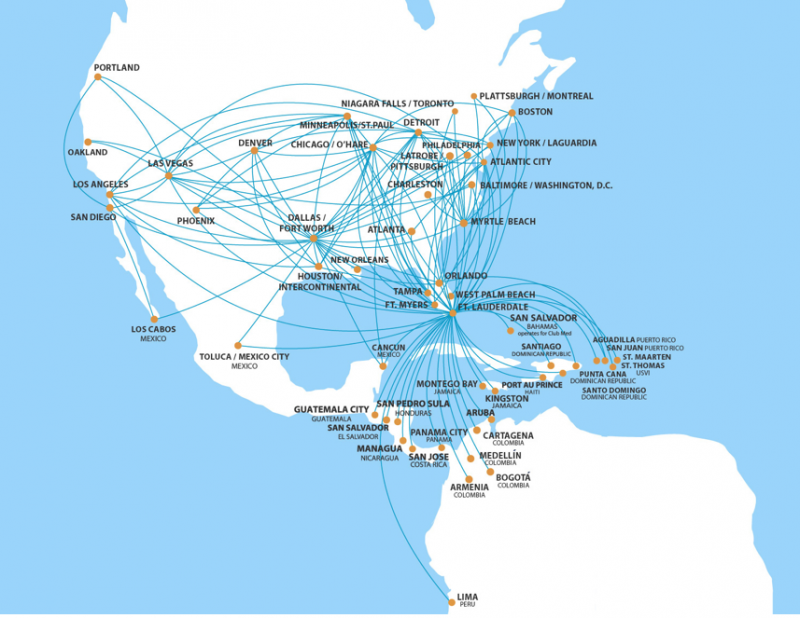 Mr Baldanza explained that at the end of 3Q2013 Spirit recorded stronger-than-expected close-in bookings, and that the US industry as a whole had favourable demand strength throughout the month. Referencing the shoulder season (and slower travel period) that is ushered in during September, he remarked there was less downward pressure on price “in what is typically one of the weakest periods of the year”.

In Oct-2013, Spirit saw a return to the typical seasonality featured in the off-peak travel period, but also remarked there is strength in bookings for the US Thanksgiving holiday and the Dec-2013 holiday season.

But Spirit is warning that an engine failure on one of its Airbus narrowbodies that occurred in Oct-2013 will likely add USD10 million in estimated expense to its forecast. The carrier explained that depending on the cause, some of the repair expense may be recoverable, but the repair costs will be booked as a 4Q2013 expense. Spirit expects unit costs excluding fuel in the last quarter of 2013 to rise 4% to 5%, which is significant for an ultra low-cost carrier. The unexpected engine failure is also forcing Spirit to revise FY2013 cost guidance to a 0.5% increase instead of a 1% drop as previously estimated.

Moving forward, Spirit has seven Airbus narrowbody deliveries planned for 2014 and 18 for 2015, which should result in an average growth rate of 22% annually during that two year period, explained carrier CFO Ted Christie. He remarked it is too soon to provide unit cost estimates for 2014; but Spirit will have some advancement of expense near the end of 2014 and expects compliance-related expense with new pilot and duty time regulations due to take effect in Jan-2014.

Over a 12-month period, Spirit may encounter modest unit cost challenges, said Mr Christie. But over a 24-month timeframe, he remarked the carrier continues to remain bullish about its cost structure.

Despite the upcoming cost pressures Spirit has refined its margin guidance for 2013 from 13% to 15% to a new range of 15% to 16% as Mr Baldanza remarked that the carrier is pleased with how well the business is doing.

So far Spirit has managed its rapid growth fairly well, growing its 2012 profits by nearly 42% on growth of 21%. However, its unit costs excluding fuel for that period decreased 2.5%.

It is not likely that huge alarms need to sound, as Spirit more than anyone understands that maintaining low costs is crucial to the stimulative effect that underpins its business.

But as that business settles into the predictable highs and lows of peak and off-peak travel, it will be more important than ever to keep its costs in line in order to keep fares low enough to weather the weaker periods and, vitally, to maintain its clear cost advantage in the US market place.