Frontier’s International footprint is smaller than Spirit's; however, Frontier’s network puts and takes are a bit more fluid than those of other airlines, so more new international routes could be in the offing.

Frontier will spend a portion of 2019 working to mature its new codesharing relationship with the Mexican ULCC Volaris as airlines operating in the Mexico-US transborder market face some headwinds.

During the past two to three years Spirit has diversified its network to add a mix of smaller markets, after making a push into large metro areas earlier in the decade.

Previously, Spirit’s management concluded that Orlando was an airport where a low cost operator should always maintain a large presence, and as of mid Dec-2018 Spirit has had an 11% seat share at the airport.

Orlando International seat share by airline, as of mid-Dec-2018 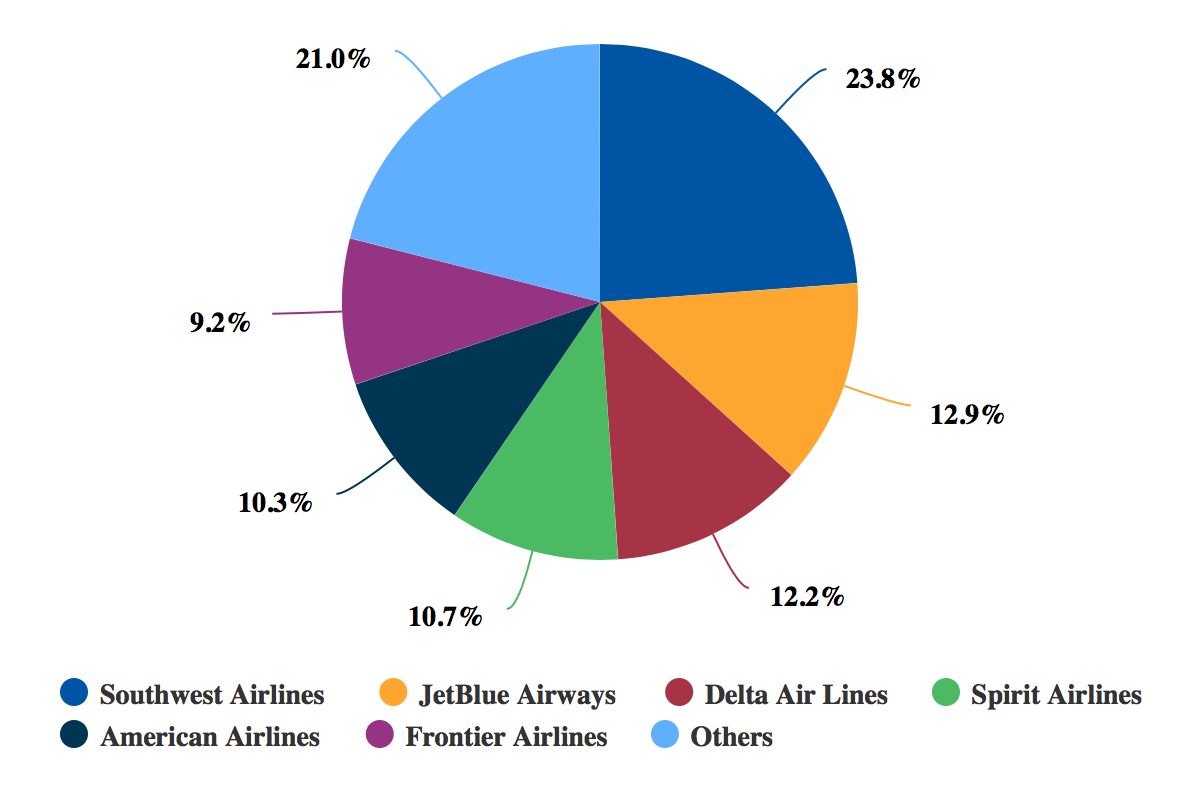 Orlando has been key for Spirit’s operation on mid to long haul leisure routes during the past couple of years, and now the airline has turned to international expansion for the airport, which is now Spirit’s second largest base measured by departing frequencies. 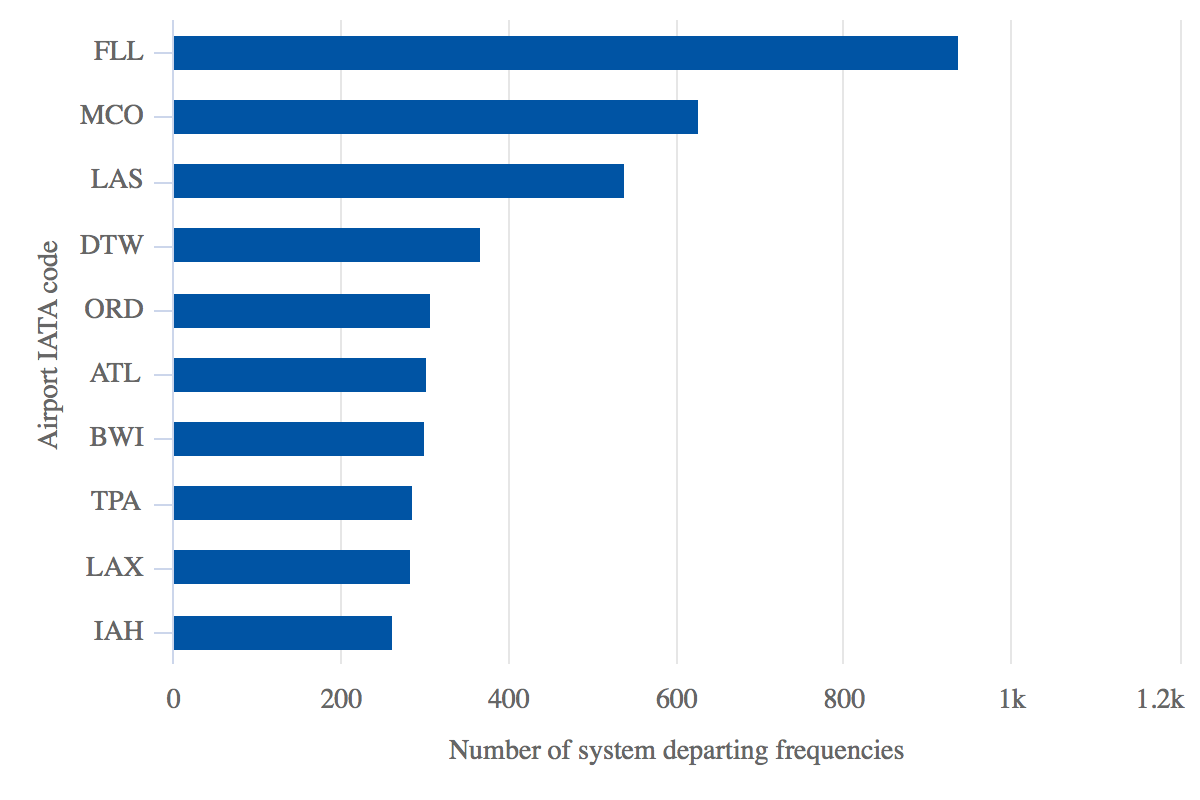 Spirit has recently stated that international routes would represent 15% of its capacity by YE2018, and data from CAPA and OAG show that estimate to be correct.

Spirit Airlines domestic vs international ASKs as of mid-Dec-2018 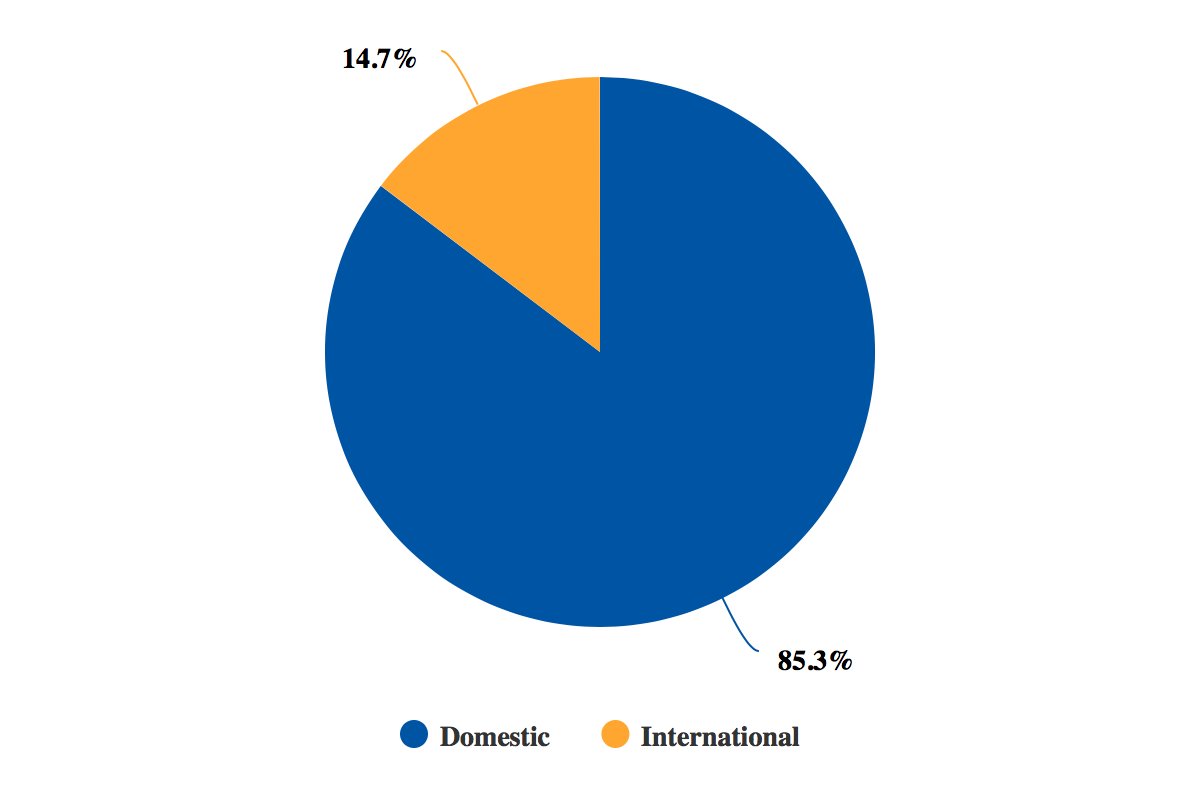 The airline serves many of the new international destinations from its largest base, Fort Lauderdale international, and Spirit's approach is that Orlando has a solid base of visiting friends and relatives (VFR) traffic looking for inexpensive travel to Latin America and the Caribbean.

Spirit has cited opportunities to flow connecting traffic over Orlando as well. The airline also has some banking structures in its largest base in Fort Lauderdale but for now, connections represent a fraction of its operations from Fort Lauderdale and Orlando.

In 2019 Spirit is planning to launch new flights from Orlando to Montego Bay and Kingston, and data from CAPA and OAG show that Spirit’s international capacity is forecast to grow significantly year-on-year through early 2019, driven in large part by the new routes it introduced from Orlando during late 2018. 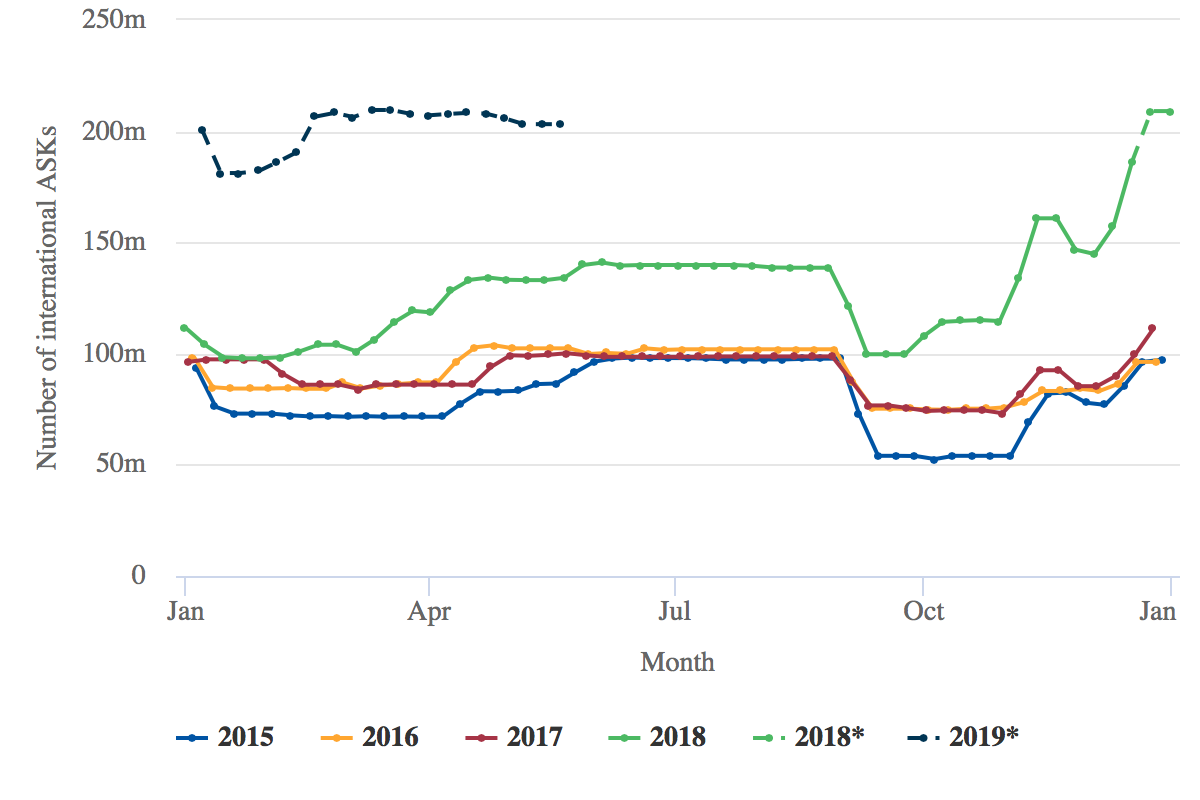 As of mid Dec-2018, CAPA’s fleet database showed Spirit’s operating fleet was 123, compared with 80 at Frontier, so naturally Frontier has a smaller international footprint than Spirit has. International routes represented just 9% of Frontier’s ASKs as of mid Dec-2018.

Frontier domestic vs international ASKs as of mid-Dec-2018 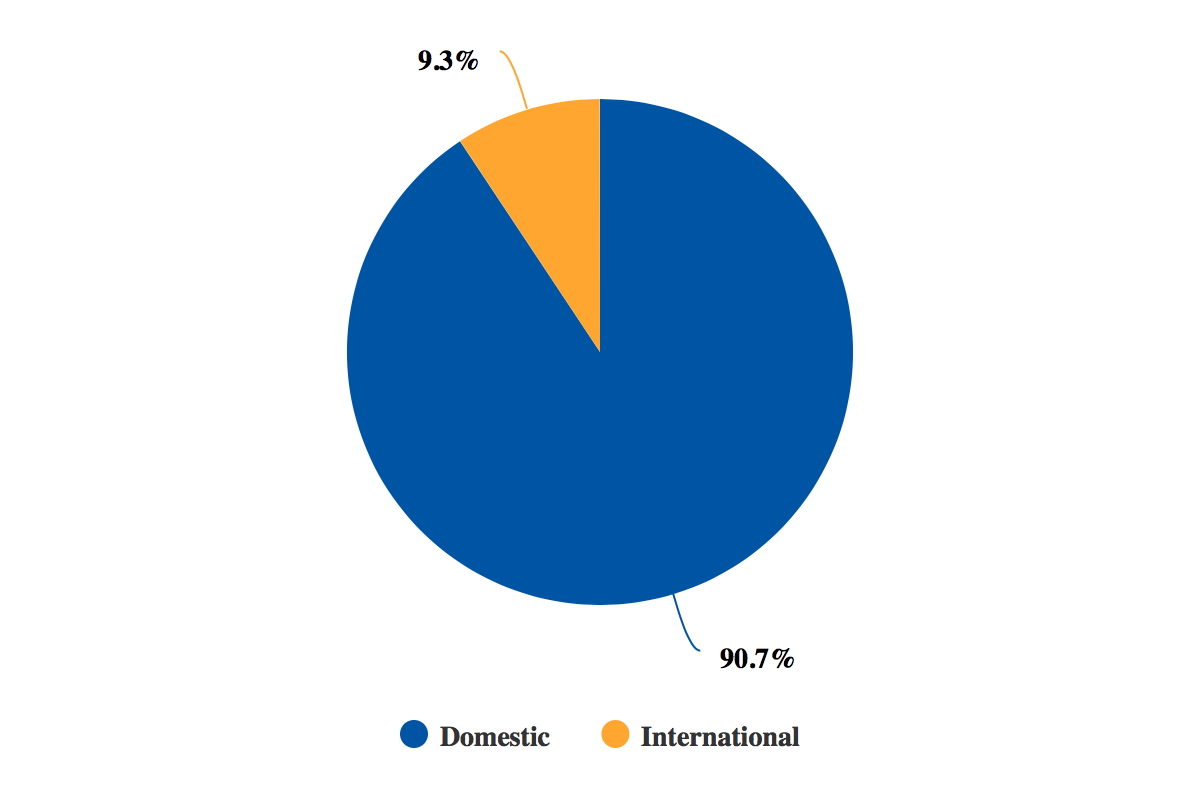 The airline’s international schedule varies depending on seasonality, and in 2019 Frontier’s planned new international routes include Philadelphia to Montego Bay, and to Punta Cana from St Louis and Raleigh.

During 2018 Frontier and Volaris forged a rare codeshare pact between two ultra low cost airlines. The ULCC investment specialist Indigo Partners has a stake in Volaris and owns Frontier Airlines. Previously, executives at Indigo have stated that while codesharing brings a certain level of complexity, “...we see mutual benefits and revenue opportunities in that case [Frontier and Volaris] making it worth the circumstances”.

Frontier and Volaris agreed to forge a codeshare agreement in early 2018 and the pact officially launched in Aug-2018.

A few weeks after the launch Volaris executives explained that eight common airports had been included in the agreement, and that number would grow to 20 by 1Q2018. “We believe there will be an increase between 1 and 3 percentage points in load in our U.S. to Mexico operation due to code share traffic”, Volaris executives have declared. Volaris’ management also highlighted that beach markets, including Cancún and Puerto Vallarta, were benefitting from the codeshare.

The codeshare launched during a time when there were challenges in the US transborder market, driven by some overcapacity between the two countries and the devaluation of the MXP. Having passenger feed from Frontier could help Volaris weather the headwinds in the US-Mexico market.

Frontier and Volaris' codeshare performance will be closely watched in 2019

Spirit and Frontier have always taken slightly different approaches to building up their respective networks, and their approaches to international growth in 2019 are no different.

Spirit will work to mature new markets it has introduced from Orlando, and Frontier is experimenting with a codeshare pact with Volaris.

The evolution of Frontier and Volaris’ codeshare will be closely watched in 2019 to see if those airlines prove able to add a certain level of complexity to the ULCC model while still maintaining their respective cost advantages.