SpiceJet slumped 12.8% on reports India's Central Bureau of Investigation (CBI) is probing the purchase of a strategic stake in the carrier by Sun TV promoter Kalanithi Maran. The airline's shares have slumped to their lowest level in at least 12 months and have fallen by around 48% since early Nov-2011. 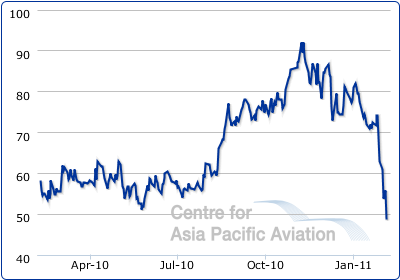 Previously Kingfisher had deferred the A380s to 2014. It is not clear if the new plan represents another deferral of the A380 aircraft by Kingfisher. 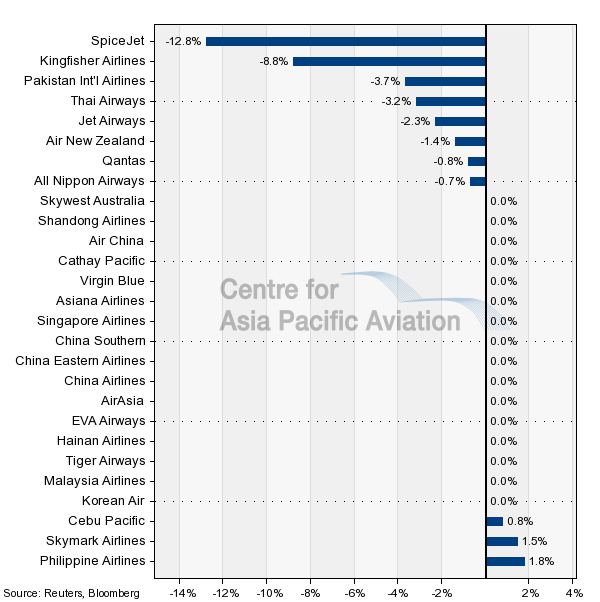