Southwest “on the prowl looking for opportunities to grow”; Ryanair to launch boarding card adverts

Southwest Airlines’ shares gained 0.8% yesterday, while the other US LCCs were all weaker (Air Tran and JetBlue both fell 2.3% and Allegiant 0.5% weaker).

CEO, Gary Kelly, speaking to the Wings Club in New York City, stated he would “never say never” to the idea of further mergers, with the CEO stating that while consolidation remains a challenging option, the carrier will "remain on the prowl looking for opportunities to grow in any form that it takes."

Mr Kelly added that he still considers the carrier to be a growth airline, but stated that, until the economy improves, the carrier will be careful in its capacity management. Mr Kelly predicted the economy will grow approximately 3% in 2010 and that Business traffic demand will grow at a similarly modest pace, meaning the carrier’s capacity will be “roughly flat”. 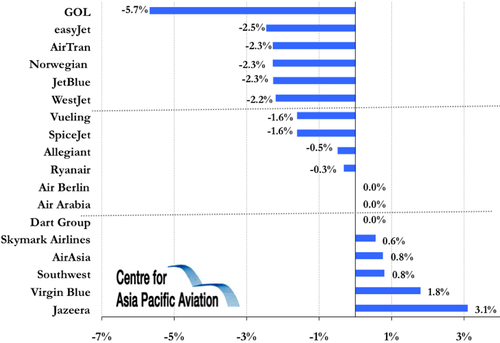