Shares in Japan’s ambitious Skymark Airlines rose 3.8% on Friday. The carrier, which operates from Kyushu, is planning to expand its LCC model in Japan aggressively this year, and has already expressed interest in expanding its network from Kobe and Ibaraki.

Elsewhere, easyJet is expected to report in a trading update due out this week that it has not been heavily affected by the Dec-2010 winter weather in Europe, with traffic up 7.6% year-on-year. Operations at London Gatwick and other European hubs were less affected than operations at London Heathrow.

easyJet’s LCC rival, Ryanair, was recently rated at "outperform" by Davy Stockbrokers. The carrier’s policy of charging passengers GBP/EUR40 for not printing boarding passes prior to airport check-in was ruled illegal last week by a Spanish court, on the basis that airlines are obliged to issue boarding passes free of charge. According to the court, Ryanair’s position as an LCC does abrogate its basic contractual obligations. Ryanair announced its intention to appeal against the ruling. 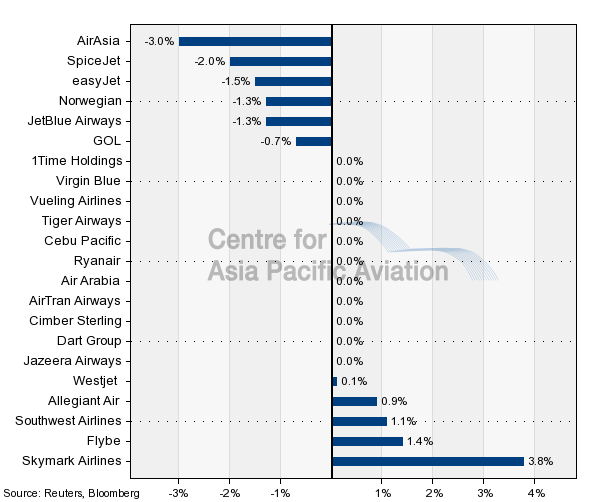