SAS was raised to “buy” from “hold” by Citigroup Inc. The airline's shares gained 4.3% on Friday having come under selling pressure earlier in the week.

Rival Finnair reported a 26% reduction in passenger traffic in Dec-2010 reflecting a strike by cabin crews during the month. The airline's load factor slumped 7.3ppts to 71.2%. For the whole of 2010, load factor gained 0.6ppts to 76.5% and total traffic fell 4%, although the airline's Asian routes performed well. 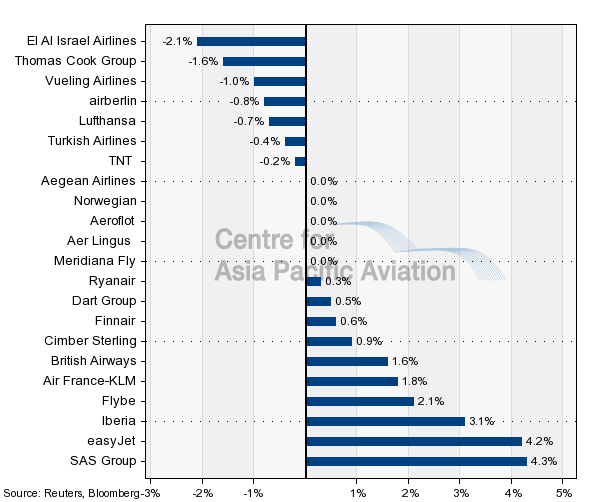