Ryanair, Europe's largest LCC, reported a disappointing loss in 3QFY2011, despite better revenue performance and higher load factors. The carrier had a EUR300,000 operating loss and a net loss of EUR10 million, on revenue of EUR746 million. However, the airline is forecasting a stronger final quarter with results towards the upper end of its forecast range.

Shares in Ryanair were up 0.3% at the close of trading. Elsewhere, Spanish LCC Vueling gained 5.1%, while Aegean Airlines was up 3.5%. Vueling recently announced plans to lease three more A320s in 2011, taking total new aircraft deliveries to nine for the year 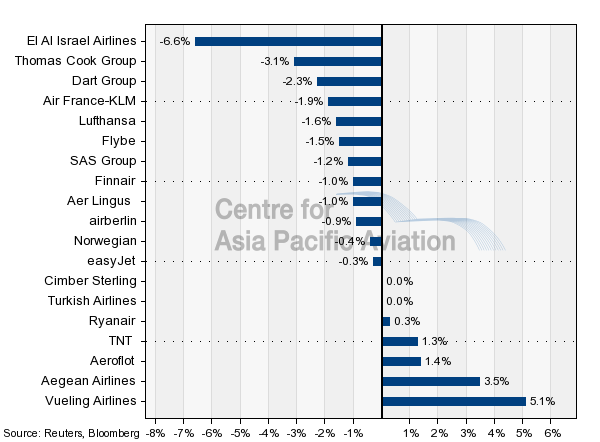