Ryanair looking outside Airbus and Boeing for future fleet

Ryanair CEO Michael O'Leary confirmed that the carrier held talks with Russian and Chinese aircraft manufacturers about new aircraft, in a major departure for the airline. Ryanair operates a fleet of 265 B737NG aircraft and has only once operated aircraft from a non-US/European manufacturer, when it flew small Embraer turboprops after its launch in the mid-1980s.

Ryanair broke off negotiations with Boeing over a large new order in late 2009, with the two parties unable to agree on terms and conditions. Russia's United Aircraft Corporation is developing the MS-21,a 150-210 seat narrowbody, while China's COMAC is developing the slightly smaller C919 aircraft. Both aircraft feature next generation engines and both are planned to enter service in 2016. 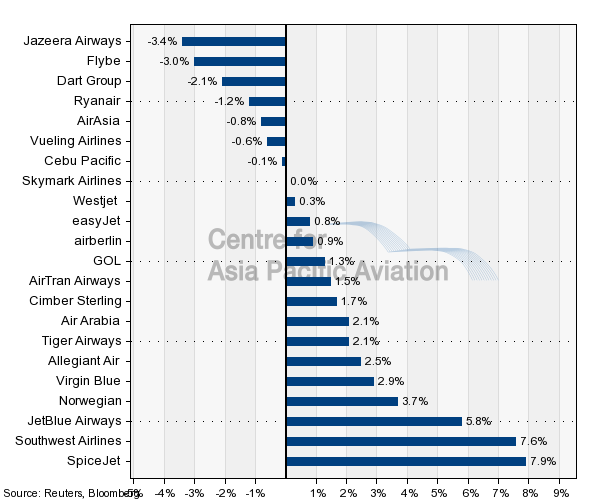