Russian Technologies to take up to 2.5% share in Aeroflot

Russian Deputy Transportation Minister, Valery Okulov, announced Russian Technologies Corp will take a 2 to 2.5% share in Aeroflot, in exchange for its Rosavia airline assets. The minister described the valuation of the assets as “fair”. Shares in Aeroflot finished 2.2% lower on Friday.

Israel Civil Aviation Authority announced it will suspend the operating licence of Sun D'Or, a unit of El Al Israel Airlines, from 01-Apr-2011. The CAA stated the carrier failed to meet Israeli regulations and international standards that are required from Israeli carriers. The cancellation of the license reportedly follows complaints from European authorities that the carrier was not functioning as an independent entity, making use of El Al aircraft and crew. Sun D’or has established a team to work with the CAA to create an acceptable operating plan. El Al shares were flat in trading on Friday. 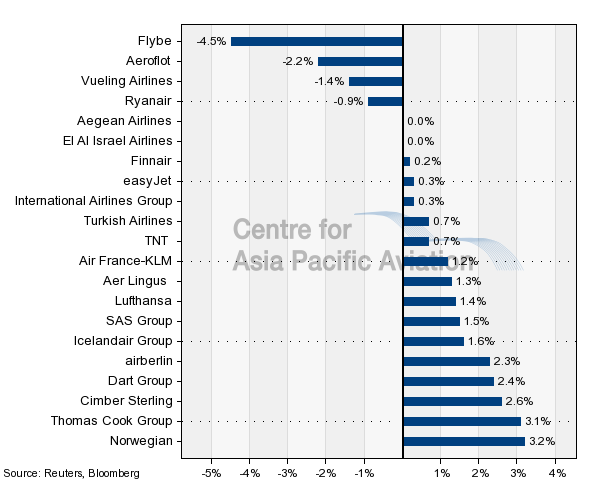