AirArabia's shares rose 1.7% on Friday, while Royal Jordanian was flat as the carrier increased capacity to/from Amman to more than 110 daily frequencies on increased demand over summer 2010. In other Middle East news, the shares of both Jazeera (+1.7%) and Kuwait National Airways (+1%) rose. 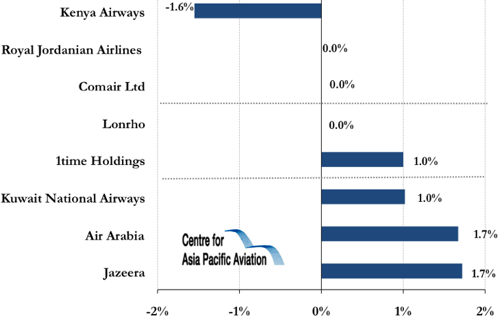