Roll on the B787, LAN Airlines to take early deliveries – Suppliers Share Wrap

The acceleration of LAN’s B787 deliveries to 1Q2011 raises the question of just how much space there is in the early B787 production schedule.

It has already been reported that five Chinese carriers that were due to receive aircraft in the first production batch of 20 have moved to defer their deliveries to later production aircraft. Delta Air Lines and Royal Air Maroc were also reportedly due to defer the delivery of their early production B787s, but are still expected to take delivery of B787s in 2011, along with Japan Airlines, Ethiopian Airlines, China Southern, Air India, Qatar Airways and Continental Airlines.

The first delivery for the B787 is scheduled for 4Q2010, to All Nippon Airways. 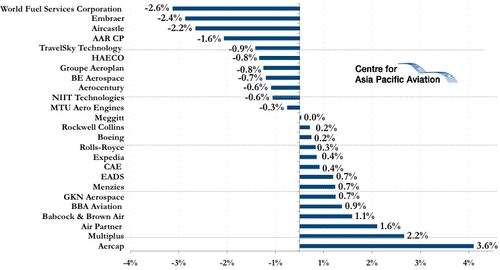