The Malaysian aviation market has been one of Asia's most dynamic in recent years, supported by the effective restructuring of national carrier, Malaysia Airlines, and the rapid development of LCC, AirAsia.

IATA Director General and CEO, Giovanni Bisignani, recognised this in a speech to the Malaysian International Chamber of Commerce and Industry (MICCI), noting, "the elements for success are in place".

Bisignani also welcomed the decision to focus efforts on building a strong KLIA hub. In Feb-2009, the Malaysian Government abandoned plans for a second (low cost) airport in favour of expanding KLIA. He stated, "the priority must be on providing efficient infrastructure that delivers low costs for all airlines. Cross-subsidisation is not acceptable. Common facilities and services, such as landing charges and security, must be borne equally. And access to all facilities must be open to all airlines". 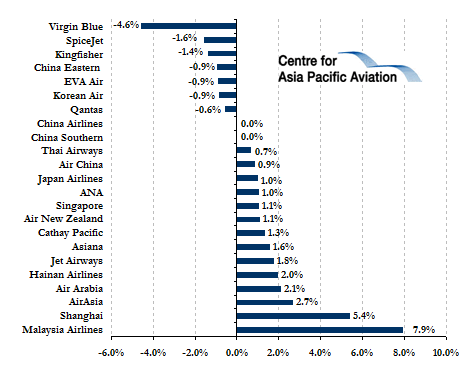