Against this backdrop, the Philippine Tourism and Mactan-Cebu International Airport are ideal hosts for the CAPA LCCs in North Asia Summit on 24/25-Jun-2019.

The rapid growth of LCCs in the Philippines-North Asia market will be discussed at the CAPA LCCs in North Asia Summit in Cebu on 24/25-Jun-2019. For more details on the summit click here.

North Asia accounts for 55% of the Philippines’ international seat capacity 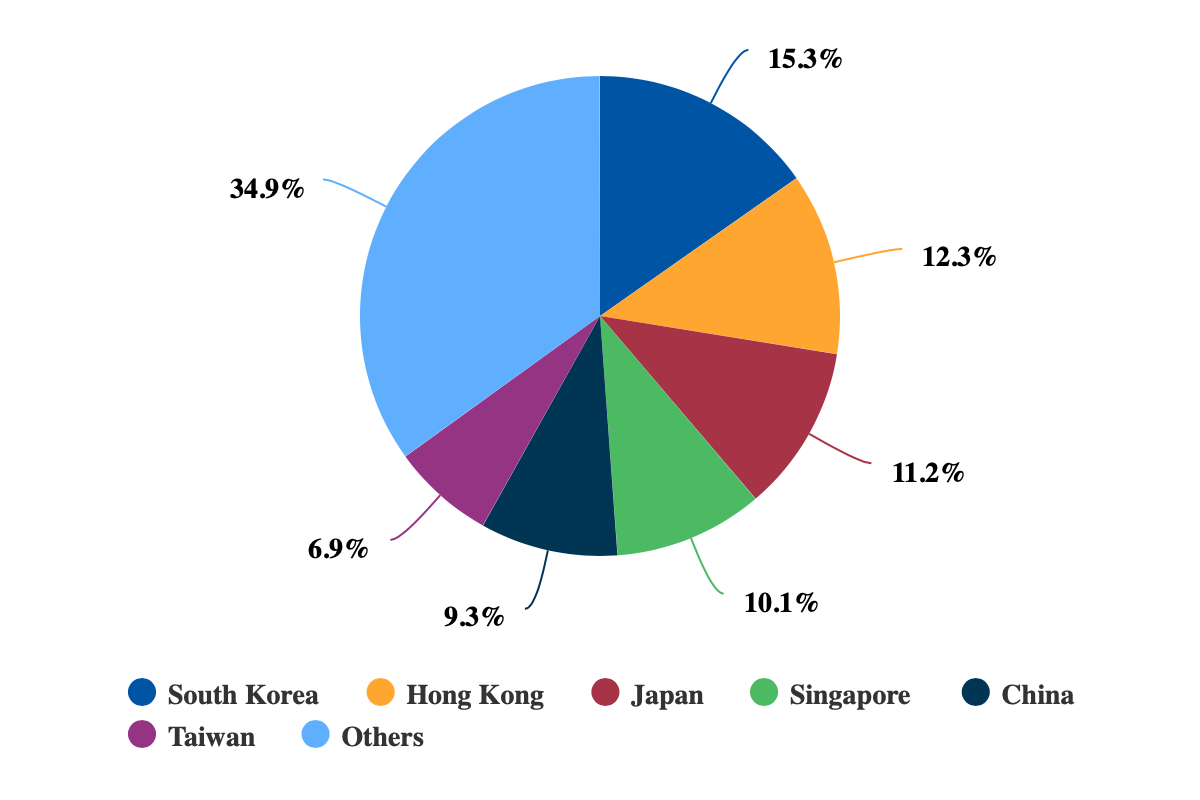 North Asia accounts for 54% of visitor numbers to the Philippines

Visitor growth slowed in 2018 compared to 2015, 2016 and 2017, when an 11% overall increase was achieved. However, the 8% growth for the overall market – and the 9% growth for North Asia – was impressive, given the six-month closure in 2018 of Boracay Island, which is the most popular tourist destination in the Philippines.

Boracay’s closure impacted Korean visitor numbers, which dropped 1% in 2018, to 1.6 million. However, Chinese visitor numbers still increased by 30%, to 968,000, driving most of the overall growth in the North Asian market.

Chinese growth slowed from the 43% achieved in 2017 and 38% achieved in 2016. Korean visitor numbers also increased by 9% in 2017 and by 10% in 2016 before dropping slightly in 2018. Korea and China are the two largest source markets for the Philippines tourism industry.

There are currently nine North Asian LCCs serving the Philippines. Six of these have entered the market within the past four years: China’s Lucky Air, Jetstar Japan, Tigerair Taiwan and three from South Korea – Air Seoul, Easter Jet and T’way. The three pre-existing LCC competitors are also from South Korea – Air Busan Jin Air, Jeju Air – and have been expanding.

Singapore-based Jetstar Asia also serves the Philippines-North Asia market using fifth freedom rights. Jetstar Asia has a slightly more than 1% share of LCC capacity, making it one of the smallest competitors. However as a group, Jetstar has a 5% share, which makes it the fifth largest competitor.

LCCs expansion is mainly outside Manila

LCCs are well suited for the Philippines-North Asia market as it is primarily an inbound leisure market, dominated by tourism. A large portion of the smaller outbound market also consists of price sensitive labour traffic (Filipinos working in North Asia).

While the Philippines is part of Southeast Asia, its proximity to North Asia enables the entire region to be within narrowbody range. This has been a critical component in achieving the high LCC penetration rate because most LCCs do not operate widebody aircraft. Of the 12 LCCs competing in the Philippines-North Asia market, only two (Cebu Pacific and Jin Air) have widebody aircraft.

Seven airports in the Philippines have services to North Asia. Cebu is the second largest gateway, accounting for 19% of Philippines-North Asia seat capacity. The LCC share of Cebu-North Asia capacity is 54%.

The other Philippine airports that have services to North Asia are Kalibo, Clark, Puerto Princesa, Tagbilaran and Iloilo. LCCs account for two thirds of North Asia seat capacity at these five airports combined, although one of the airports (Tagbilaran) only has international services operated by FSCs.

Kalibo has 12 destinations in North Asia, Clark has seven, Davao two, Puerto Princesa two, Iloilo one and Tagbilaran one (based on OAG data for the week commencing 22-Apr-2019). These six secondary airports account for 42% of Philippines-North Asia routes but only 16% of Philippines-North Asia seat capacity, since most routes from the smaller gateways are served less than daily.

Route expansion has been rapid, led by LCCs

Of the 60 routes connecting Philippines with North Asia, there is LCC competition on 41.

Over the past year 16 new Philippines-North Asia routes have been launched. LCCs have accounted for 13 of these 16 route launches.

The number of routes connecting the Philippines and North Asia will continue to increase, led by LCCs. Given the congestion in Manila, Cebu and the smaller secondary airports will benefit as LCCs expands.

Cebu and most of the secondary airports are gateways to popular tourist destinations, making them attractive to leisure focused North Asian LCCs: Kalibo is the gateway to Boracay; Puerto Princesa and Tagbilaran are the gateways to the popular beach islands of Palawan and Panglao respectively.

More North Asian LCCs will launch services to the Philippines

Chinese LCCs are particularly being targeted by Mactan-Cebu and other Philippine airports. Only one of China’s 11 LCCs serves the Philippines at the moment. The Philippines is particularly an obvious white spot for Spring Airlines, China’s largest and purest LCC.

The nine North Asian LCCs already serving the Philippines are also keen to expand as the popularity of the Philippines as a destination continues to grow in North Asia. Cebu Pacific and Philippines AirAsia are similarly keen to tap into this growth as they pursue fleet expansion.