Oil returns to above USD75 per barrel - Friday fuel watch

After bouncing back from below USD65 per barrel, oil prices have topped USD75 per barrel in late week trading. Prices have risen in each of the past three sessions, on a better US economic outlook and a decline in US crude oil stockpiles. A slight weakening of the US dollar has also prompted stronger trading.

After hitting an 18-month high in early May-2010, fuel prices dropped more than USD20 per barrel in three weeks. WTI prices have recovered much of their lost ground, and are now 5.6% above the level they were 12 months ago. 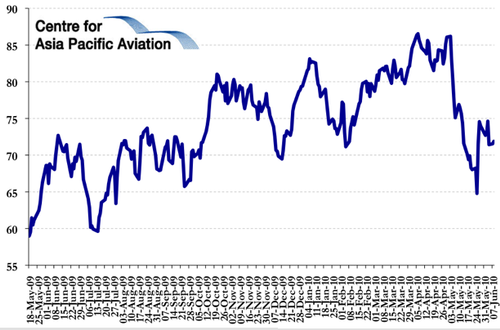 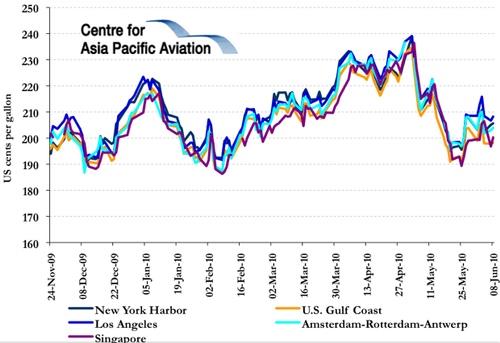 Jet fuel prices are generally between the USD 200-210 cents per gallon band, although US Gulf Prices remain depressed, at just USD 198.14 cents per gallon. Prices have remained relatively stable through the week, with New York Harbor prices the largest mover, up 1.2%.