Oil prices are down, so why is United Airlines buying into biofuels? Symbolic or sound strategy?

The buy-in is the single largest investment by a US airline in alternative fuels and marks United as a leader in the US aviation industry in advancing low-cost aviation biofuels and greenhouse gas emissions reduction.

Under the long-term agreement with Fulcrum, United will have the opportunity to purchase at least 90 million gallons p/a of sustainable aviation fuel, for a minimum of 10 years. There is also a secondary agreement, which could see United and Fulcrum jointly develop up to five biofuels projects located near major United hubs. This is expected to have the potential to produce up to 180 million gallons of fuel p/a.

Fulcrum uses cheaply available municipal solid waste as a feedstock to produce a drop-in biofuel that meets United’s technical requirements. A similar method is already being used with some success with British Airways’ partnership with Solena at London City Airport. Fulcrum already has a 10-year deal with Cathay Pacific, to supply large volumes of low-carbon jet fuel, equivalent to around 2% of Cathay’s annual fuel consumption.

On the surface of it buying into an alternative fuel maker at the present time seems something of a strange move for the airline. Oil prices turned decisively downward in 2H2014 and have been bumping along at between USD45-65 per barrel for the past six to seven months. Long-term forecasts indicate only moderate price growth out to 2020, although oil prices are notoriously volatile. 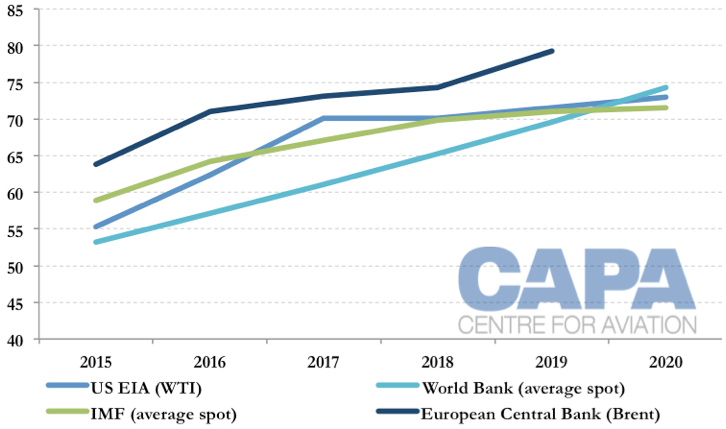 The key to this agreement is that the biofuel is to be purchased at "a cost that is competitive with conventional jet fuel." At present, approved alternative and renewable aviation fuels cost anywhere from a third more per gallon to several dozen times the price of conventional jet kerosene, depending on the feedstock, generation techniques used and scale of production.

Fulcrum’s use of municipal waste has multiple advantages over alternative sources. including low cost, limited source volatility and, with the US alone producing more than 350 million tons of landfill waste p/a, a virtually unlimited supply. This allows Fulcrum to overcome many of the issues associated with biofuels, such as feedstock economics and commercialisation, questions of environmental sustainability and displacement of food production and sufficient scale for commercial production volumes.

Fulcrum CEO, James Macias, has claimed that the company can produce its biofuel at less than USD1 per gallon. This represents a significant discount for United Airlines, which spend USD11.6 billion on the 3.9 billion gallons of fuel it burnt in 2014 – an effective price of around USD2.97 per gallon. It is also cheaper than IATA’s current estimate for average jet fuel prices for 2015 of USD1.742 per gallon. 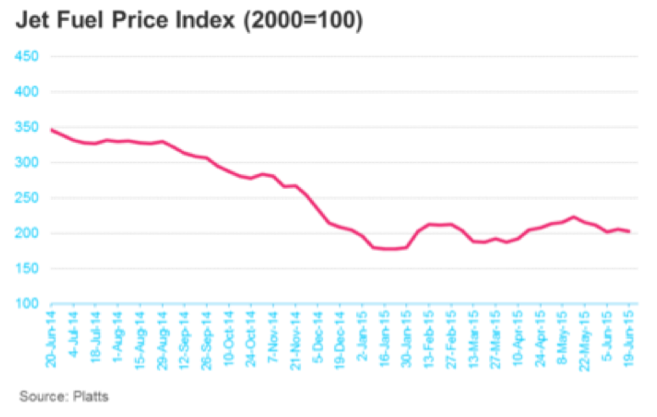 If Fulcrum can achieve the price it is advertising, or something close enough to it, United will have secured a major supply of fuel at a significant discount to current market rates. Given United’s strong recent profitability, an investment such as this is also unlikely to pose risk to the bottom line and is unlikely to raise the ire of shareholders.

Pressure continues to mount on airlines to reduce emissions

Outside the potential cost advantages, the deal also has significant potential to reduce United Airlines' greenhouse gas emissions. Fulcrum advertises its renewable jet fuel as providing a greater than 80% reduction in lifecycle carbon emissions when compared to conventional jet fuel.

According to Vertis Environmental Finance, emissions from aircraft represent only 3% of the total of US greenhouse emissions, but as much as 29% of greenhouse gas emissions from all aircraft globally. IATA forecasts global airline emissions will reach 757 million tons in 2015, up 4.6% compared to 2014.

In 2009, the global aviation industry committed to carbon-neutral growth by 2020 and a reduction in net aviation CO2 emissions of 50% by 2050 (compared to a 2005 baseline). While there are many avenues that can be pursued to achieve this – more efficient aircraft, better air traffic management, changes to airport operations, emissions trading schemes – sustainable alternative aviation jet fuels are really the big gun in the industry’s fight to reduce emissions. Not other technology offers the potential for reductions of emissions by 50% or more.

The move towards alternative and sustainable fuels also got another push along in the US in Jun-2015, when the Environmental Protection Agency issued its draft finding that emissions from airlines contribute to climate change. This lays the groundwork for the EPA to move to regulate aviation emissions.

Given the pace of such legislation, the agency would not be able to introduce such a regulatory mechanism until 2017 or later. The direction the EPA goes may also depend on the outcome of the current ICAO talks about introduction of a global, market-based measure for international aviation emissions. This is scheduled to go into effect in 2016.

According to the EPA, an international emissions standard and trading scheme would contribute far more to greenhouse gas emissions reductions than a domestic-only plan. However, the EPA plans to adopt standards that are of at least equivalent stringency to the anticipated ICAO CO2 standards.

Paying in the short term, planning for the long-run

In the short term, the Fulcrum deal will mean very little for United’s day-to-day operations and emissions. Fulcrum doesn't expect its first alternative fuels plant for United to begin commercial operation until 2017. In the meantime, United has a variety of other avenues it is pursuing under its ‘eco-skies’ initiatives, including another biofuel partnership, which will have a more immediate impact.

In 2013, it signed an agreement to purchase up to 15 million gallons of sustainable aviation biofuel from AltAir over a three-year period, with the option to purchase more. The fuel produced from sustainable feedstocks such as non-edible natural oils and agricultural wastes, will be used as a ‘drop-in’ with traditional jet fuel at a 30/70 blend ratio.

AltAir Fuels will begin regularly scheduled deliveries of sustainable biofuel to United’s hub at Los Angeles in 2015. Like the Fulcrum agreement, the AltAir biofuel is “price-competitive with traditional, petroleum-based jet fuel”. In addition, it offers a 50% reduction in carbon dioxide emissions on a life cycle basis when compared to traditional jet fuel.

The five million gallons p/a from AltAir and the 90 million gallons from Fulcrum represent just a fraction of the carrier’s total fuel demand, roughly equivalent to nine days worth of flying for the carrier’s fleet. While these biofuel agreements would appear to then mostly symbolic or ‘greenwashing’ for publicity’s sake, they are vastly more significant for the uptake of alternative aviation fuels in the long term.

If companies such as AltAir Fuels and Fulcrum really can provide United with fuel at a comparative cost to traditional aviation kerosene, while offering a 70-80% reduction in lifecycle greenhouse gas emissions, this potentially represents a major breakthrough towards full commercialisation of alternative fuels. Small scale production and minor investments such as United’s USD30 million may lead to a much bigger payoff in the long term.

Once biofuels and fuels sourced from other alternative feedstocks are available at commercially competitive prices, use by airlines will, for a lack of a better term, skyrocket.

To meet their carbon neutrality goals and ensure that future emissions trading schemes aren’t too damaging to their bottom lines, airlines have no alternative but to embrace these fuels. The combination of price stability, price competitiveness and reduced greenhouse gas emissions compared with traditional fuels offers the best opportunity to achieve the carbon-neutral growth objective.

What is needed now is for more agreements like this, to turn aviation biofuels from a promising future technology and into a hard, commercial reality.