Japan’s All Nippon Airways will reportedly sign a formal joint venture agreement with First Eastern Investment Group to launch a new LCC. The carrier will operate 16 aircraft within four years and plans to operate domestic services and to points in China, including Beijing, Shanghai and Zhejiang. The carrier will be based at Osaka Kansai airport and is expected to be launched by Mar-2010.

First Eastern will own a third of the new JV. Shares in ANA were unchanged in trading yesterday. Elsewhere in Japan, Skymark Airlines saw its shares up 5.4% yesterday, continuing a five-day upwards run.

Shares in Australia’s SkyWest rose 5.3%. The airline signed an alliance with Virgin Blue earlier this year. The carrier will operate up to 18 turboprops to regional destinations under Virgin Blue branding. At the end of Nov-2009, SkyWest issued a profit warning for the six months to 31-Dec-2010, cutting its profit outlook by USD2.9 million due to the investment the company expects to make to introduce A320 aircraft to its fleet. Shares in Virgin Blue were down 2.3% and Qantas was 2.4% lower. 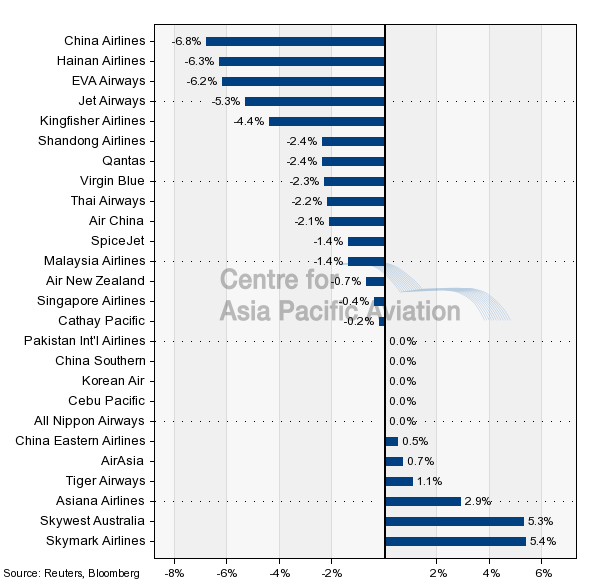