SEA, the operator of Milan Malpensa and Linate airports, reportedly plans to list shares on the Italian stock exchange at the end of Oct-2011. The City of Milan owns 84% of SEA and has approved the listing. The Milanese authorities do not intend to lower the ownership stake below 51%.

The global coordinators for the IPO are Mediobanca, Morgan Stanley and Banca IMI while the financial adviser is UniCredit. SEA posted a EUR63.1 million net profit in 2010. Gemina, which runs Rome's airports, has a market capitalisation of EUR 965 million, with operators of regional airports at Venice, Florence and Pisa also listed on the Milan stock market. Shares in Gemina were up 1.5% on Monday.

Shares in Korean Airports Corp spiked 11% in trading yesterday. South Korea announced last week that it has abandoned plans to construct a new international airport in the south-east of the country, as two candidate sites failed to meet requirements for economic and environmental feasibility.

GMR Group Chairman Grandhi Mallikarjuna Rao stated a new Chairman of the group would be from within the family, decided by a three-member board consisting of Mr Rao's son-in-law and sons. Mr Rao, 60, plans to retire by 65. 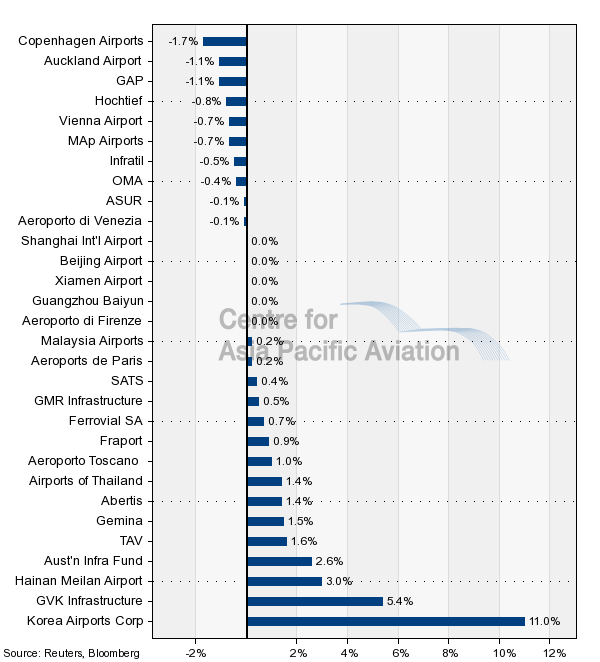