Malpensa's traffic highlights for Feb-2011 are as follows:

Click here for schedule, fares and much more data on Milan Malpensa Airport

SEA aims to list its shares on the Italian stock exchange towards the end of Oct-2011 according to reports in Italy, adding to Italy's register of listed airport operators. SEA, which operates the busier Malpensa Airport and the Linate Airport close to downtown, will issue fresh capital for its initial public offering.

The city of Milan, which owns over 84% of SEA, agreed this week to the listing of the airport operator, adding that it does not intend to lower its stake to below 51% of the company after the IPO. The global coordinators for the IPO are Mediobanca, Morgan Stanley and Banca IMI while the financial adviser is UniCredit. SEA posted a EUR63.1 million net profit in 2010 and EBITDA of EUR151 million.

Of the listed Italian airports, Gemina (Rome) rose 1.5%, while the operators of Venice and Pisa airports fell 1.9% and 0.1%, respectively. Aeroporto di Firenze was flat yesterday. 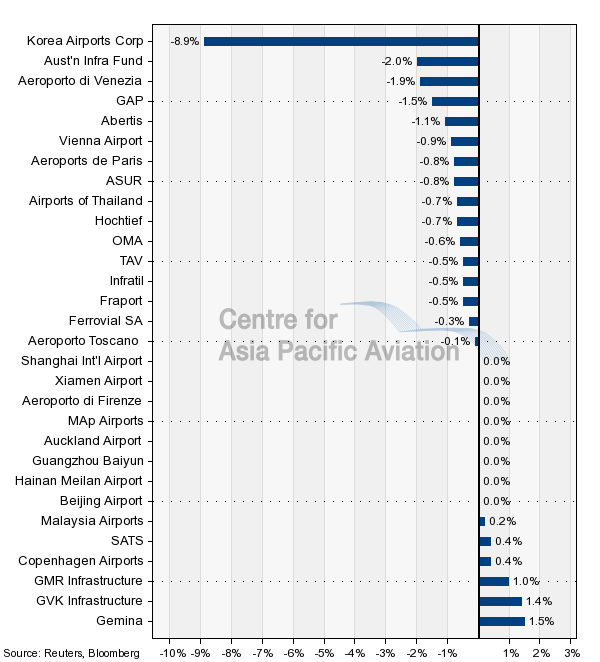