The airport, which welcomed Hainan Airlines this week, reported an 8.1% increase in domestic passenger numbers in 2010, and a 6.9% jump in international traffic. MAp remains optimistic about the prospects for 2011.

Deutsche Bank stated the FY2010 traffic performance was slightly ahead of expectations, noting: "It was particularly pleasing ... to see Sydney maintain strong passenger growth despite the A380 grounding from Qantas in November/December which likely reduced some international capacity." The bank added the FY2010 result was "in line with our numbers, with only capex being lower than our forecast".

"We expect that the lower capex is due to timing and the difference will be incurred in future years as Sydney pursues its capex programme including the International baggage handling system, Terminal 2 Pier A expansion, Central Terrace Building and car parking," the bank stated.

Deutsche Bank has a "buy" rating on the stock, noting: "We maintain our positive growth outlook for MAp for 1H2011, supported by capacity additions by Australia's major carriers: Qantas' latest guidance for group capacity to have increased 8.4% in the six months to Dec-2010 and Virgin Blue has indicated domestic capacity growth of 6-8% in the 12 months to Jun-2011. Based on our analysis of capacity additions, we also expect international airline capacity to increase by 3.5% from current levels by Jun-2011, implying a 7.0% increase on an annualised basis." 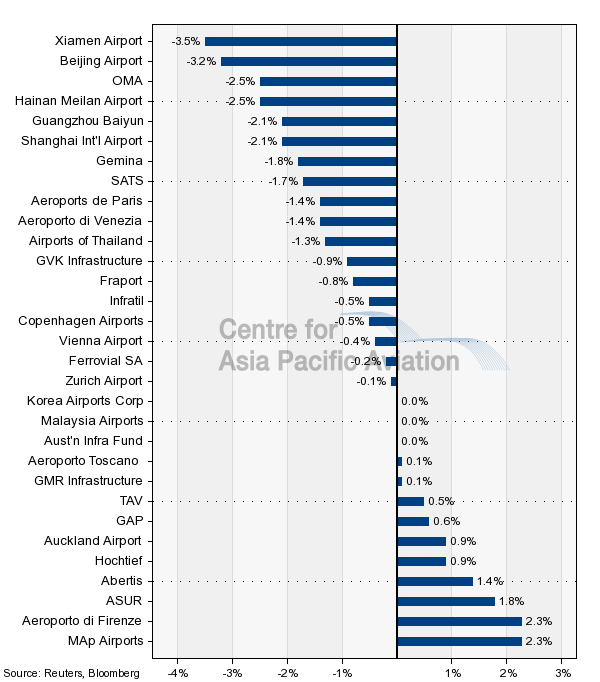